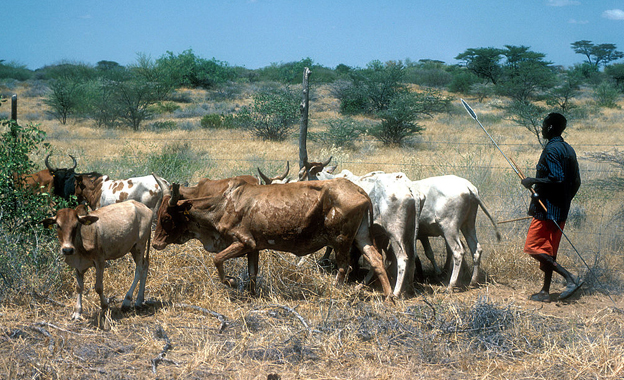 Scientists have developed a new vaccine that could save Africa’s cattle herds from the deadly contagious bovine pleuropneumonia CBPP aka ‘lung plague’ disease. Millions of goats and cows can now be saved from infection by the contagious disease when vaccinated with the new Mmm vaccine.

In sub-Saharan Africa, Lung plague causes more than US$60 million in annual losses to cattle owners and affects the livelihoods of 24 million cattle producers.

The quickest and most effective way to control lung plague is to cull the infected animals. Antibiotics may work, but often come from illegal sources and are of poor quality. There has been a vaccine on the market, but this deteriorates quickly unless it is kept on ice — a problem in Africa where temperatures often run high.

BusinessTimesAfrica reports that the new vaccine is cheaper to produce and more stable at room temperature and may also protect against multiple bacterial strains. “It has been licensed for production by a vaccine manufacturer in Kenya and is currently under production for testing in field trials using large numbers of cattle.”

GE has launched a new healthcare training and skills institute in Kenya that is set to train about 10,000 healthcare professional by the year 2020.

Finding the right doctor & hospital to treat your chronic disease can be a hard job. Wella Health, a Nigeria-based health start-up, solves this problem.