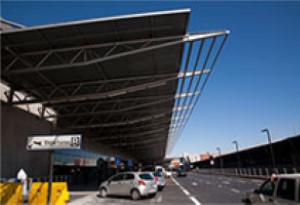 George Airport in Western Cape (SA) is Africa’s first solar-powered airport. The airport is generating 40 per cent of its electricity by harnessing energy from the sun, tapped through photovoltaic panels. Upon completion, the airport is expected to be totally independent of the national grid.

Airports Company South Africa, the company that runs the 600,000 capacity airport, invested nearly $1 million it the photo-voltaic panels. According to a report by Quartz, George Airport will be the first of its nine airports to run on solar energy, a first step towards running airports fully using only renewable resources.

Private equity firms have made good money by choosing the right targets, like the Mombasa railway, Uganda’s power-distribution grid and flowers and fruit.