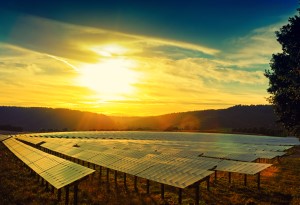 In South Africa, the continent’s largest solar farm has just become fully operational. With over 325,000 PV modules, the power project will deliver 180,000 megawatt-hours of renewable electricity per year to South Africa residents – enough to power up to 80,000 households.

BusinessTech reports that the electricity will be delivered to South African households through a 20-year power purchase agreement with SA power utility, Eskom. The new 96 megawatt Jasper solar photovoltaic (PV) project aims to help power South Africa's electric grid with renewable energy. The project was developed by a consortium consisting of SolarReserve, the Kensani Group, and Intikon Energy, a local developer of renewable energy projects.

Tanzania and Kenya are to interconnect their national power grids. To make this possible, Tanzania will construct a 400kV power transmission line.

Kenya Power has opened a tender for the delivery of street lights material for Nairobi, a project that will boost the city’s economy and decrease crime.