Until March 1st, 2016, African entrepreneurs were able to apply for seed funding, skills training, mentoring, and a network of fellow entrepreneurs, through the Tony Elumelu Entrepreneurship Programme. Club Africa discusses the ‘why’ behind the audacious initiative with Tony Elumelu Foundation CEO Parminder Vir.

Africans must lead the development of Africa 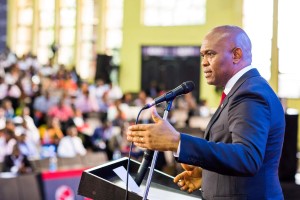 Parminder Vir OBE, who pursued a career as film producer and media investment expert in the United Kingdom, Nigeria, India, as well as other emerging markets, joined the foundation in April 2014. Convincing to her was Mr Elumelu’s philosophy of  ‘Africapitalism’. “I am a strong believer that Africans must lead the development of Africa”, says Mr Elumelu. “Africans, and particularly the private sector in Africa, must lead the way and have a developmental and social impact. Africa needs more than aid – it needs investment.”

Parminder explains that she was also attracted by Mr Elumelu’s notion of institutionalising luck. “Throughout his career, Mr Elumelu found that opportunities are given, but must also be seized. Along his journey there were people who believed in him and supported him. Many said it was luck that made him successful, which made him want to find a way to institutionalise luck. So that others, young people in particular, can take control of their own destiny. Start-ups and growing enterprises are the lifeblood of Africa, and will drive the continent’s economic growth and development.” 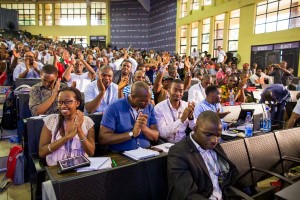 “My role then, was to devise the Tony Elumelu Entrepreneurship Programme. Being an entrepreneur and mentor myself, in the past I was part of many accelerator programmes. The easiest way for me would have been to copy an already-existing model. But I strongly believe that Africa must build its own brand. I wanted to create something that was made by Africans, for Africans. As an entrepreneur I am aware of the importance of constant skills development, and the need for constant access to up-to-date information, mentoring, and online and offline networks. And, yes, capital. But capital without all this in place, is a waste of money.”

In 2015, the Tony Elumelu Entrepreneurship Programme received 20,217 applications from all African countries but Libya and Eritrea. To the team’s surprise, the largest chunk of applications – 23 per cent – were submitted by agricultural companies. 24 Per cent of applications came from women, and out of the final selection of entrepreneurs, 29 per cent were women business owners. Nearly half – 45 per cent – of applicants belong to the age group 28 – 37, which speaks loud volumes indeed of the need to create jobs for Africa’s young population.

“Africa will be led by entrepreneurs”