Besides being a challenge, Africa’s rising mountain of solid waste also opens up business opportunities for ‘ecopreneurs’ who start to convert the raw materials into useful products and energy.

When solid waste is not managed properly, it results in severe environmental pollution, which in turn has serious harmful effects on human health and the environment. The good news is that most of the waste produced in Africa can be recycled and reused to create new products. Currently, only about 50 percent of Africa’s waste is collected. But given that waste collection and recycling is a multi-billion dollar industry in the US and Europe, a growing number of African entrepreneurs are now seeing the business opportunities in waste collection and recycling.

Kenyan social enterprise EcoPost, for example, turns waste plastic into eco-friendly plastic/waste wood lumber profiles that have numerous purposes, such as fencing, road signage, outdoor furniture and decking. “Nowadays, we produce over 100,000 metric tonnes of waste in Kenya per day, of which 20 percent is plastic,” says Lorna Rutto who quit her job with a bank in 2009 to start EcoPost. “I saw an opportunity to turn this waste into useful, environmentally friendly products.”

A ban – imposed last year – on the logging and extraction of timber in all public and community forests, has given an extra boost to EcoPost. “We can hardly meet demand at the moment,” says Rutto, who claims to have taken over 2.5 million kg of plastic waste and 1 million kg of agricultural waste out of the environment, saved over 500 acres of forest, and employs 50 people directly and over 2,000 people indirectly.

The waste collection rate of African countries ranges from as low as 18 percent to over 80 percent, according to UNEP’s report. Waste collection services are especially limited – or even non-existent – in slums, where over 50 percent of the urban population in Sub-Saharan Africa live today. Due to the narrow, unpaved, sloping and often-slippery roads, modern waste collection systems cannot be easily implemented.

Nigerian company Wecyclers Corporation found a solution for this. The social enterprise uses low-cost, locally assembled cargo tricycles (“wecycles”) – that are especially designed to navigate the narrow streets in slums – to collect material for recycling. The firm visits over 15,000 Lagos homes a week to collect bottles, cans and other rubbish. Residents receive points per kg of recycled waste via their mobile phones in return, which they can exchange for food, household items or cash. Wecyclers sells the waste to local recycling processors, thereby bridging the gap between communities and recycling companies.

“We give households a chance to turn trash into cash while providing a reliable supply of materials to the local recycling industry,” says Ebube Okechukwu, Digital Media Manager at Wecyclers. Waste volumes in programme areas in Lagos have been reduced by over 35 percent as a result of Wecyclers’ efforts. And the principle is simple and adaptable to other communities across the continent.

Different types of WtE plants have been opened across the continent. For example, a plant in Cape Town converts organic waste into gas and fuel, and an anaerobic digester plant in Naivasha, Kenya, which processes 500,000 tonnes of organic waste per year, produces enough energy to cultivate a commercial farm. Nigeria, Senegal, Ghana, Namibia and Zimbabwe plan to open WtE facilities in the near future.

However, some experts have reservations regarding these high-temperature thermal WtE facilities like the Reppie plant in Ethiopia. “It’s a very expensive technology to build and operate and can be seen as a threat to recycling, especially paper and plastic, which typically have high calorific values and are, therefore, sought-after materials in this industry,” says professor Linda Godfrey of the Council for Scientific and Industrial Research (CSIR) in South Africa. “Waste prevention, reuse and recycling create more jobs than incineration.”

Also the CEO of Ecopost is a strong supporter of recycling above incineration. Rutto: “Recycling will become a multi-million dollar industry that will create millions of desperately needed jobs in Kenya and Africa.” 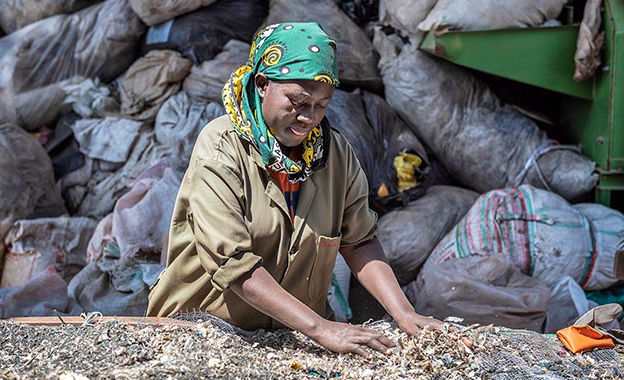 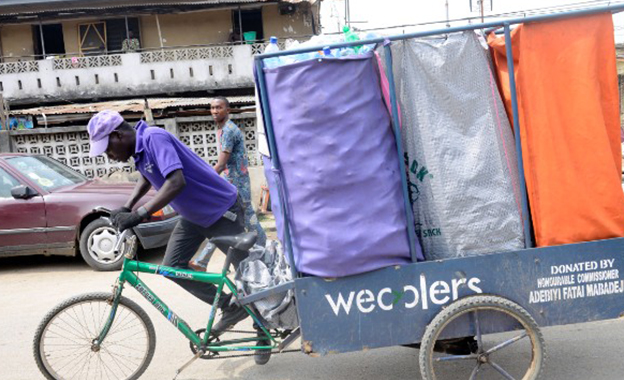 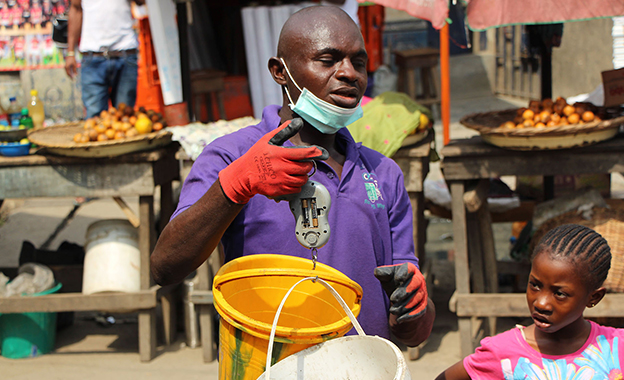