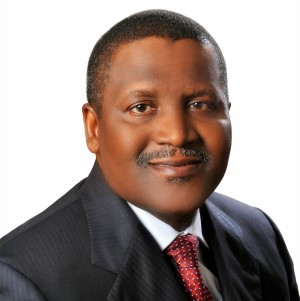 Aliko Dangote, Africa’s richest entrepreneur with a worth estimated at just under €14 billion, wants to buy Arsenal Football Club in London. The Nigerian businessman has expressed his interest to buy “at the right price”.

After the Russians, (Abramovich, Chelsea), the Americans (Glaser family, Man United) and the Arabs (Mansour bin Zayed Al Nahyan, Man City), an African could become the next foreign football club owner in the English Premiership.

According to UK BusinessInsider, Dangote hinted about buying in a recent Bloomberg interview. "I still hope, one day at the right price, that I’ll buy the team," Dangote, 58, said. "I might buy it, not at a ridiculous price but a price that the owners won’t want to resist. I know my strategy." Dangote has reportedly tried to buy the club earlier. In 2010, it was widely rumoured that he had offered to buy a 15.9% stake in the club.

One year after the introduction of PayPal online payment service, Nigeria has already grown to become its second largest market in Africa.

Nigeria has completed the largest tomato-processing factory in Africa that will reduce the country’s dependence on imported tomato paste.