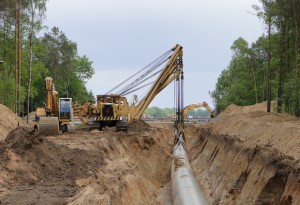 Ethiopia and neighbour Djibouti signed an agreement to build a 550-kilometer fuel pipeline from port access in Djibouti to central Ethiopia. The countries signed a €1.36 billion deal for the so-called Horn of Africa Pipeline with developers Mining, Oil & Gas Services and Black Rhino Group.

Mail & Guardian Africa reports that the two countries will transport diesel, gasoline and jet fuel from pot access in Djibouti to central Ethiopia. The finance part of the deal is expected to be closed in 2016; the pipeline is to be completed in 2018.

Landlocked Ethiopia typically has its fuel delivered by tanker truck. The pipeline is to increase energy security, aid economic development and reduce harmful emissions. The new Horn of Africa Pipeline includes an import facility and 950,000 barrels of storage capacity in Damerjog, Djibouti. The 51-centimetre pipeline is to link Djibouti to a storage terminal in Awash, Ethiopia. The line has a capacity of 240,000 barrels of fuel a day. In June the two countries oversaw the completion of a railway linking their two capitals Addis Ababa and Djibouti.

Image by Niteshift, via Wikimedia Commons

Addis Ababa boasts the first modern tramway in Sub-Saharan Africa. It will curb the transportation shortage in Africa’s second most populous city.

Investing in Djiboutian staff, to the benefit of clients

Djibouti is booming and there are lots of opportunities… The Horn of Africa is growing fast and Massida Group is right in the midst of that growth!