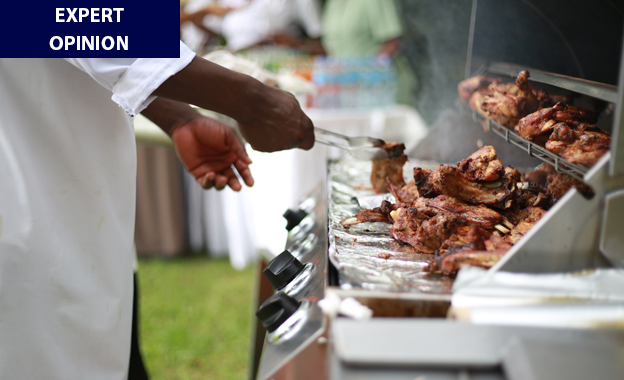 If your business has taken you to Nigeria, you probably know Nigerian Ogbono soup, with the kernels of a variety of wild African mango. In Ethiopia, you may have tried Injera, a well-known local foodstuff. Or jollof rice in Senegal and Ghana! You may soon get a taste of these and other local favourites in European countries and the U.S. African cuisine is getting more popular outside the continent, food watchers from thefoodpeople insist.

As western countries are getting more culturally diverse, so are food preferences. New ingredients from the far corners of the world are getting launched in western supermarkets on a regular base. There has been a steady influx of Asian and South American food ingredients in stores, and in cities like Amsterdam, Paris and London restaurants seem to be getting more diverse.

Food experts and trend watchers point out that African ingredients and dishes are the latest trend in stores, food trucks and restaurants. “African cuisine is one of the last ones to be adopted globally”, says Sarah Edwards, Director of Trends of UK-based thefoodpeople. “All other continents of the world are quite well represented globally, but this rich vein of African food is just emerging and is very exciting development for every foodie.”

Sarah Edwards insist that African cuisine adds value to the food palette. “African cuisine has many of the qualities that consumers around the world are now looking for – complex flavours (smoky, spicy, bitter and sour flavours), many plant-based dishes, many are gluten free and also have the benefit of healthy superfoods like moringa and baobab.”

The trend that TheFoodPeople witnesses in the UK and many other European countries, is also seen in the U.S. According to the Specialty Food Association, millennials and generation Z are shifting America's palates towards more African as well as South Asian and Latin American inspired cuisine and ingredients in 2019. The U.S. food watchers find dishes like jollof rice (West Africa) and an Egyptian dish like koshare and South Africa’s favorite dish piri piri chicken on the menu of food trucks and of African and ‘world food’ restaurants to open up in the trendy neighbourhoods of cities like New York and San Francisco.

So what are the dishes that we may see more often at food trucks, in restaurants, on food TV channels and in meal plans in the west? TheFoodPeople mention a few ‘winners’ in their reports.

If this story has made you slightly hungry, be aware that you won’t have to go far to taste African dishes. It may be soon get served around the corner in major European cities. As the Nigerians say when delicious food is on the table: “Oya, Come Chop”, “Come on, let’s eat!”

Fonio a low-calorie, high-protein grain, may become Africa’s new food for the world. Fonio will be exported to American supermarkets in 2015

Club Africa shares the Business News Weekly. This time we focus on fast food in Africa, World bank about Rwanda and the Marriott in Africa