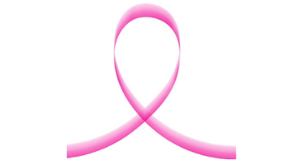 Scientists at the University of Cape Coast (UCC) in Ghana have developed a breast cancer detection device for women in Sub-Saharan Africa. The ‘Breast Eye’ is a small device that uses light to detect suspicious breast lumps in women.

The new, locally developed device was launched at the recent annual Oguaa breast cancer awareness campaign week in Ghana. The ‘Breast Eye’ is said to give accurate results for screening, whereas the use of mammography (breast imaging) that uses a low dose of X-Ray, often does not deliver too good results.

RisingAfrica reports that the device was developed by the UCC’s Department of Chemical Pathology. Dr Frank Ghartey, the Head of Department, Chemical Pathology, School of Medical Science (UCCSMS), explained that cancer can expand beyond the size of a peanut only after it has developed its own blood supply. So if one had a device that could detect blood vessels, its diagnosis would, therefore, be easier.

Dr Ghartey noted that the breast eye is a simple device with an ordinary light. When focused under the breast, the device can detect blood vessels in the breast, and screen women without side effects. Hundreds of women in Cape Coast have already been screened for breast cancer with the new device.

Some IT skills scarce in South Africa

Skilled IT professionals are in high demand in South Africa. According to CareerJunction Index (CJI), programmers and software developers are scarce.