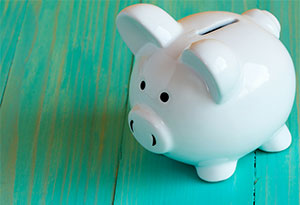 With Africa’s two largest economies Nigeria and South Africa battling recession and slow growth, which of the other African economies have promising prospects? Surprisingly, Libya tops the list of ten growing African economies that the International Monetary Fund (IMF) has compiled.

After the top 5 of most promising economies, Senegal, Kenya, Burkina Faso, Mozambique and Central African Republic complete the top 10.

What were the reasons to rank Libya number one on the list? Africa.com reports that despite the war, oil production in Libya is expected to return to full capacity. IMF projects that the economy will grow by 13.7% in 2017. “Oil and gas account for 60% of the total GDP with oil representing about 95% of its foreign currency revenue. Libya’s production reached 530,000 barrels per day in October, which is about one-third of pre-crisis levels. The projected two-digit growth depends on an endorsement by the country’s UN backed government.”

For Ivory Coast, the report says that it has made an impressive turnaround since the 2011 political crisis. Its economic growth is forecast to remain strong averaging 8% in 2017. Ethiopia has witnessed an increased contribution from the manufacturing sector, particularly focused on increased production in sugar, textiles, leather products and cement. IMF expects the country’s economy will grow by 7.5%. Ghana’s economic growth is forecast to be 7.4% in 2017. Tanzania’s domestic product growth rate of 7% is expected to continue into 2017.

Kenya plans to widen the tax net to make every eligible tax payer – including the ones in the informal sector – pays tax.

After a re-calculation based on IMF data, South Africa has overtaken Nigeria as the largest economy of Africa.