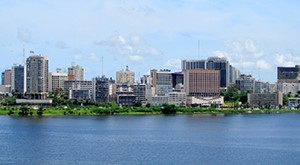 Ivory Coast is back in the top 10 ranking of the annual 'Where to invest in Africa' investment attractiveness survey. Tunisia has dropped from the top ten in the ranking that is compiled by Rand Merchant Bank (RMB).

The report plots the evolution of African economies using the RMB Investment Attractiveness Index. AfricaPropertyNews reports that the top 3 in the ranking remains the same: South Africa, Egypt and Morocco, closely followed by Ghana, Kenya and Nigeria, Ethiopia, Ivory Coast, Tanzania and the new number 10, Algeria.

Kenya won one spot, Nigeria lost one. The report warns that South Africa risks losing its first spot in the next few years, "as a faltering growth outlook and uncertain business environment slowly eats away at its investment score." Kenya is characterised as "an exceptionally worthy recipient which has steadily progressed up the ranks, surpassing both Ethiopia and Tanzania. Investors are attracted by Kenya's relatively diverse economy, pro-market policies and brisk growth in consumer spending."

Image by RyansWorld, via Wikimedia Commons

Ivory Coast has been very successful in finding development funding lately. It received more than $15 billion in pledges from donors and lenders.

Goodwell: on the lookout for impactful African entrepreneurs

Goodwell is an impact investor whose portfolio stretches across the African continent. What makes this member’s investment strategy so impactful?