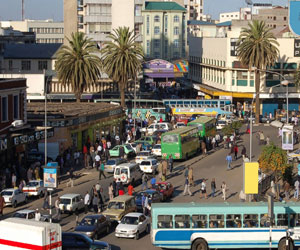 International Monetary Fund projections show that the economies of these East African countries are all set to expand more than 5 per cent this year. Nigeria faces a 1.8 per cent contraction, and South Africa's economy is also still stagnating.

Bloomberg reports that East Africa has done better at developing agriculture and manufacturing industries. According to the report, the region also benefits from "an improved regulatory regime and increased investment in transport links and telecommunications."

A growth spurt is visible in Kenya, East Africa’s biggest economy. Rwanda is positioning itself as a regional financial and conference centre; Tanzania has begun tapping an estimated 58 trillion cubic feet of natural gas from offshore fields, and Uganda is gearing up to become an oil producer by 2020.