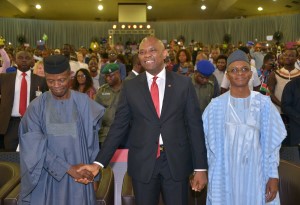 Tony Elumelu, the Nigerian multi-millionaire, is looking to get in touch with 1000 African entrepreneurs. His Tony Elumelu Foundation has announced TEEP 2016, the second annual round of the $100m programme to offer mentoring, business training and start-up capital for emerging

Forbes reports that TEEP, the programme designed to empower the next generation of African entrepreneurs, has started its selection procedure. Like in 2015, the participants will participate in a comprehensive programme which will include a customized 12-week business skills training course, mentoring, an entrepreneurship ‘boot camp’ and seed capital funding among other things. TEEP is open for entries until March 1st, 2016.

In all, the Tony Elumelu Foundation invested approximately $4,860,000 in various businesses, including $1,405,000 in agriculture; $410,000 in education and training; and $365,000 in manufacturing.  The sector-agnostic programme funded start-ups across a further 20 industries, all based in Africa.

“Too few entrepreneurs who want to do business in Africa sufficiently understand their own context.” says Africa Business Coach Harnet Bokrezion.

William Wilson introduced an alternative way to produce concrete, a binder that can replace cement in concrete, while at an internship in Burkina Faso.