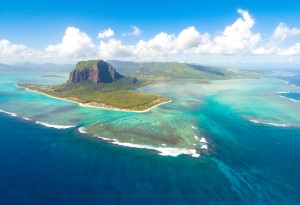 Mauritius has seen its foreign direct investment (FDI) increase by 44 percent in 2016. According to finance minister of the Indian Ocean island nation, the total FDI rose to €368 million. The Bank of Mauritius expects the island's economy to grow about 3.8 to 4.0 percent in 2017.

Judging by the latest numbers, Mauritius is successful in its efforts to make the island economy less dependent on tourism, sugar and textiles. The government is trying to boost offshore banking, business outsourcing, luxury real estate and medical tourism. CNBC reports that the increased activities in these areas help the island diversify its economy.

Bank of Mauritius data show that in particular, real estate, financial services and insurance activities have driven foreign investment inflows. France was the main investor in the first nine months, followed by China.

Dakar Lives, an Instagram account promoting Senegal tourism photos is a huge success. It is now the country’s most popular lifestyle community.

Johannesburg, the largest city in South Africa, is the most popular destination in Africa for the fourth year.