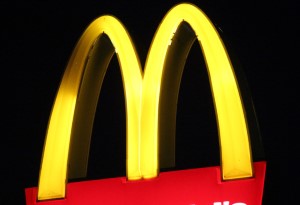 McDonald’s has invited investors to put in applications for a Kenya franchise. The international fast-food chain is said to have plans to open shops in Nairobi.

According to a report by Business Daily Africa, McDonald’s says it is looking for investors who have retail experience and “willingness to devote full time to the McDonald’s restaurant business, knowledge of the real estate market (and) significant capital”.

McDonald’s is believed to have plans to set up at least one restaurant in Nairobi while competitors like Subway and Kentucky Fried Chicken (KFC) are stepping up their growth plans. KFC already has five restaurants already and a sixth one set to open within a fortnight in Kenya. American fast food chain Domino’s Pizza, ice cream seller Cold Stone Creamery and South Africa-based Ocean Basket are already present in Nairobi. They chose the city’s central business district and in suburbs like Westlands and Upper Hill, attracted by a growing population of middle-income consumers.