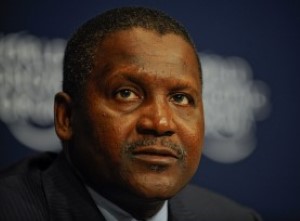 The number of individuals in Africa with 30 million US dollars in assets is expected to grow 59 per cent over the next decade, says The Wealth Report 2015.

CNBC Africa reports that the growth of the number of wealthy people is to be stronger than the 34 per cent projected global growth. The average increase expected across the G8 developed nations is 28 per cent. Nigeria has one of the strongest forecast growth rates in high-net-worth individuals over the coming decade.

Margaret Nienaber, global chief executive of Standard Bank Wealth and Investment (one of the sponsors of The Wealth Report) said: “Africa is one of the regions of the world with huge potential to grow its wealth, driven by a rising middle class and the increased success of many businesses.”

According to the report, Johannesburg stands out as the most important African city after ranking as the 28th most important city for ultra-high-net-worth individuals and Cape Town, the 36th.

The north dominates Africa’s Top 10 of 'Cities of Opportunity'

South Africa set for growth in 2015

South Africa’s economy may recover in 2015, thanks to lower oil prices and a rise in domestic demand, says the Oxford Business Group in its latest review.