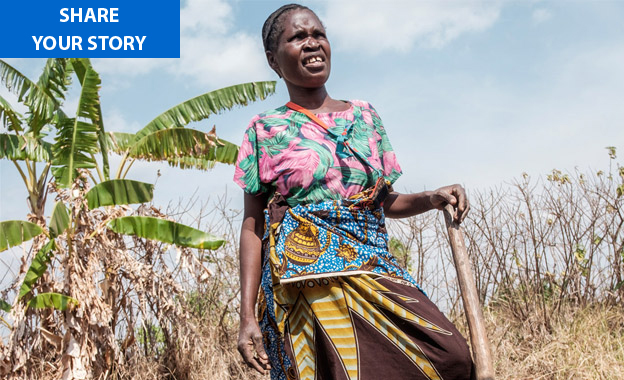 To feed Africa, the continent needs to develop its agriculture. Governments strive for larger-scale farming, with mechanisation and digitalisation, to produce crops in a more efficient way. But this modernist view, focusing on tech, may not be enough to entice young Africans to pick up farming. Africa’s youngsters have a very different idea of what their ideal farm would look like, says researcher Thomas Daum.

There is a good reason to research the reputation of farming among young people. Agriculture is well suited to provide many jobs. Also, prospering farms trigger employment opportunities in the rest of the economy.

In many African countries however, young people migrate to cities to find a better life, for multiple reasons. Some don’t find the rural farming life appealing enough, others think they can find a job easier in the large metropolis of Africa. To step up the capacity of agriculture, governments tend to strive for larger-scale mechanised companies, where the land is cultivated in an efficient way, using digitalisation as well as tractors and other machines.

A way to make a living

But that may not be the right way to present agriculture as a way to make a living to young people in Africa, Thomas Daum found out in his research, of which the results have been published as a study under the “Program of Accompanying Research for Agricultural Innovation”. Daum, Agricultural Economist at the University of Hohenheim in Germany: “One can assume that farming will become more attractive to young people when it is done focusing on tech, but nobody asked them. I decided to do it.”

For his research project Daum interviewed young people in the age of 12 to 20 in Zambia. He also applied another interesting research technique: “I let them draw their ideal image of farming. The interviews and the drawings brought forward some interesting outcomes. In general: young people find more positive aspects in agriculture than often assumed. Also, the attractiveness of farming doesn’t only hinge on modern technologies. While some technologies are needed, having diverse and sustainable farms, a healthy environment and an attractive rural life is equally important.”

A pay check every month

One other outcome is that many Zambian youngsters are excited about moving to the city, where some of them think that nobody needs to work and everybody eats sausages all day. Some tend to romanticize urban living. A place where you can find a job and a pay check every month. On the other hand, others are afraid of the drugs and the violence that are associated with city life.

“In general, the reputation of farming among young people is rather positive; some call farming backward and old-fashioned, but if you look at the drawings, nearly all images of farms and farming are positive. The majority of the young people find the idea of having some land, with some cattle and chicken or goats and with crops with which they can feed a family, very appealing. Even with a regular job, for example as a teacher, young people would still like to have a farm on the side. It seems like many kids like the idea of the status of a teacher, combined with a de-risked form of agriculture. The farms they talk about and draw are very diverse, with trees, crops, vegetables, fruits and livestock. Roughly half of the respondents were even very excited about farming and some had the idea that they could become rich as a farmer.”

These, as Daum calls them, ‘social and environmental factors’ need to be taken into account to make farming attractive again and to promote the idea of finding a job – or pursuing a career – in agriculture. How should governments use these new ideas and findings in their agriculture policies? “First of all, there should be more than one policy. Obviously, some upscaling of farming is necessary. And technologies and the knowledge and skills needed for them should play a larger role, but a full and one-sided technology focus may not work.”

“Governments should not neglect the social and environmental aspects that make attractive and diverse farm types that the young Zambians I researched finds interesting. That type of farm may still use animal traction and simple water wells. The focus on social and environmentally sustainable farming may help interest youth in agriculture in the long term. It may also support the development of rural areas. Diversity is key.”

After publication of his survey and the outcome, Thomas Daum has not finished thinking about young Africans and farming. “It would be a good idea to conduct similar surveys in other African countries, as agriculture is important in securing a future for Africa. Research in Nigeria would be a good next step, as migration to urban areas and other countries is a big thing there. It would be interesting to see if there are learnings there too.”

According to the research of Thomas Daum, governments should consider:

-          Ensure healthy landscapes. Having a sustainable, pollution free environment was commonly mentioned as a key advantage of rural over urban life.

-          Develop rural areas in ways that go beyond just infrastructure. Social life and networks, which are still an asset in villages compared to cities, were also cited as important. 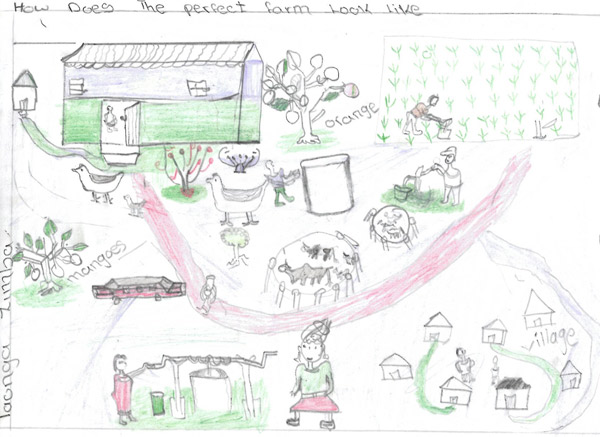 Agrics’, farmers’ partner in East Africa, ready to scale up

Agripro is the newest help for farmers in Africa. This mobile app takes farming in Ghana to a new level of farm management.