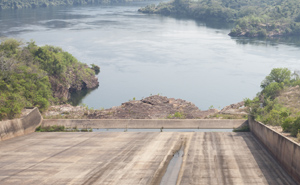 CNBC reports that the improvement of the condition of South Africa was caused by a firmer rand and improvements in export volumes and retails sales. According to SACCI, South Africa experienced stronger merchandise export trade in June and July 2016, “while the rand gained a healthy plus 10 percent on a weighted rand exchange rate against the U.S. dollar, British pound and the euro.”

The outlook in South Africa SACCI remains somewhat gloomy and economic growth forecasts are moderate. The IMF expects South Africa's economy to grow by 0.1 percent this year. The country’s central bank believes there will be zero growth in 2016.

The African Development Bank (AfDB) is to invest $12 billion in the next five years in development and distribution of energy across the continent.