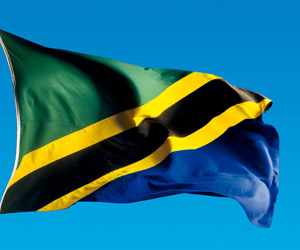 The government of Tanzania has appointed eight areas for which it hopes to attract private investors. Investors are welcome in manufacturing, infrastructure development, agriculture, mining, tourism, fishing, power generation and information and communication technology (ICT).

The marketing plan for these industries is part of industrialisation efforts in the country's endeavour to become a semi-industrialised middle-income economy by 2025. According to Charles Mwijage, the Minister of Industry, Trade and Investment, the sectors are endowed with abundant natural resources, but the country was unable to exploit them due to technological and financial constraints. "We are looking forward to increasing investment in these areas as we have good opportunities here," the minister told investors at a Deloitte breakfast meeting.

According to a report by AllAfrica, Mwijage insisted that investors should feel secure, thanks to political stability in Tanzania, transparency, crackdown on corruption and efforts to reduce bureaucracy in investment procedures. Also, Tanzania is a member of the East African Community (EAC), which means that its products can be sold in six countries; its Southern African Development Community (Sadc) membership further increases its export market.

Ivory Coast back in Top 10 of attractive investment destinations

Ivory Coast is back in the top 10 ranking of the annual 'Where to invest in Africa' investment attractiveness survey, compiled by Rand Merchant Bank (RMB).