Carbon Tanzania has found a way – and a viable business plan – to prevent deforestation in forests that store over tens of thousands tonnes of carbon per annum. “The carbon credit revenue pays for forest protection. In that way, it is a model for commercial financing of environmental services.”

The concept works for the Hadza, one of Africa’s last hunter-gatherer communities. These people have been living in Tanzania’s Yaeda Valley for thousands of years. It is their ancestral homeland, their source of food and place of shelter. The forest is currently under threat of deforestation from outsiders looking for new grazing pastures and farmers clearing land for crop production. 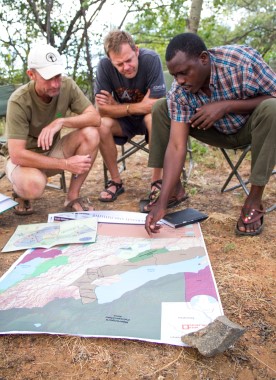 With the help of Carbon Tanzania, 35,000ha of forest in the Yaeda Valley is now officially protected in a REDD+ project (Reduced Emissions from Deforestation and forest Degradation). The company has helped the Hadza secure the land rights of their ancestral homeland. With the money that Carbon Tanzania makes with the sale of carbon credits related to the Yaeda Valley, forest community land use plans are set up to designate protected zones and farming zones.
The program – and the carbon offset revenue – provides salaries to community guards who protect the forest from deforestation and wildlife eradication. “The Hadza are trained to scientifically measure the carbon stock of the forest”, Sarah Borman explains. “From the sale of carbon credits, we can support a Hadza health fund, school fees, emergency food provisions and ongoing village development.”

The Yaeda Valley project, officially certified and operational since 2012, was the stepping stone for more projects, such as the Makame Masailand Carbon Partnership. It supports the pastoralist Masai in managing and conserving woodlands in Masailand that are rich in wildlife such as elephants, lions, African wild dogs, zebra and various antelope species. There is also an initiative in Kilwa District to protect forests from deforestation while allowing for the sustainable harvesting of high-value timber. Last but not least, the Mahale Landscape Carbon Project offers protection of habitat for 9 species of primates including chimpanzees. For Sarah Borman, Carbon Tanzania has developed a proven format to help combat deforestation that currently accounts for approximately 10-15% of the world’s carbon emissions. “If we can stop deforestation, we can help slow down the rate of global climate change.”

The carbon offset opportunities of Carbon Tanzania attract global interest from businesses and individuals, via the company’s own online offset link and via third parties. “First, we assess the level of your carbon emissions and develop a plan of action to reduce them, which often has the added advantage of identifying opportunities for cost reductions. We then offer solutions to offset your remaining, unavoidable emissions through buying forest carbon offsets from the REDD+ forest conservation project of your choice”, Borman explains.

According to Sarah Borman, Carbon Tanzania has multiple pathways of achieving impact. “We employ community rangers who patrol and protect the forest. The communities share in the revenues from the sale of carbon credits. The communities literally become master of their own domain, through the land rights they acquired to tens of thousands of hectares of ancient forest, that will allow them to maintain their traditional lifestyle and culture.” 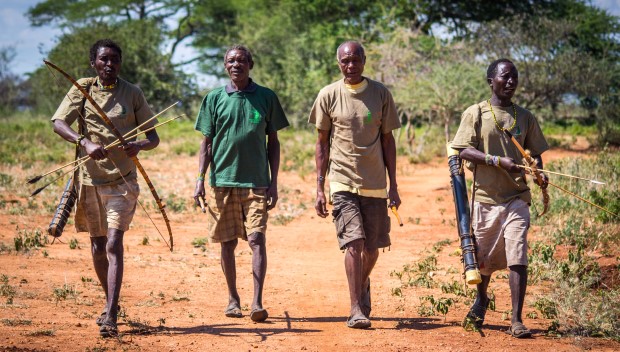 Now that Carbon Tanzania’s business has taken off in this country, can the concept work in other African countries? Borman: “Though we have no clear plan for next steps outside Tanzania, I am sure other countries may find the concept of paying for forest protection with carbon offset revenue very appealing – and worth a closer look.” 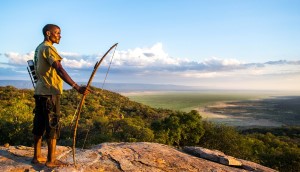 Carbon Tanzania is one of the businesses from the varied African portfolio of impact investor Hooge Raedt Social Venture (HRSV), that focuses mainly in East Africa. Joris de Vries, Investment Manager of HRSV: “As an impact investor we want to assure that our investments are making an absolute difference, not just in the lives of the poor, but also to the businesses that we invest in. We do this by balancing our return expectations with the impact we seek. Investments range from as small as $75,000 to $500,000 and often we are the first or second external investor in these businesses, because we accept the risk that come with these investments.” Sarah Borman, Carbon Tanzania’s Business Development Manager: “The $80,000 funding from HRSV in 2015 gave us a head start. It allowed us to speed the realisation and professionalisation of protection activities and create a firm, professional base for our activities, instead of making small steps with every dollar of carbon offset revenue.”

Building a business case on the ‘miracle tree’

‘Business Council for Africa’: Africa needs to be powered

Africa is working hard to take advantage of the business opportunities the continent has to offer, both through mainstream and renewable energy sources.