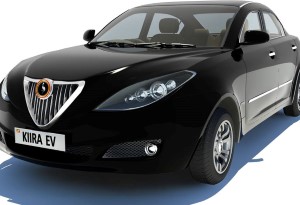 Kiira Motors Corp in Uganda is working on a series of prototypes that will eventually lead to the construction of Africa’s first home-grown family of electric vehicles.

According to a report by The Wall Street Journal, Chief Executive Paul Isaac Musasizi plans to build 7,000 EV Smack sedan cars per year. Musasizi is also planning to develop a 37-passenger van by 2018. Musasizi named Kiira after the Nile River dam that provides electricity to his factory and thousands of Ugandan consumers. The car’s price tag is less than $20,000, a lot cheaper than the import cars brought overland from ports in Kenya and Tanzania.

If luxury consumer goods are your business and Africa is your target market, the best markets to be in business are Nigeria, Egypt and South Africa.

Uber has launched its taxi service in Nairobi, Kenya, after having touched down first in Johannesburg, South Africa and then Lagos, Nigeria.