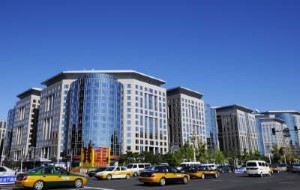 In Business Weekly we focus on reports about China’s growing business travel market. Despite the economic slowdown, the country will be the world’s most dominant business travel market soon. Another report shows that the western fastfood chains are losing market share to local chains. More news: if you want to register a startup in China, you will face less rules and regulations than before.

Beijing Capital International airport is set to surpass Hartsfield-Jackson in Atlanta as the world’s busiest airport. Furthermore, China’s total business travel spending is forecast to increase by 14.3% in 2013 to $224 billion (RMB1,371 billion). The projected expansion of 17.2% in 2014 is more than twice the rate of the U.S.

The Global Business Travel Association has published these numbers in the most recent outlook report. The fourth GBTA BTI™ Outlook report predicts that – despite weaker than expected business travel growth in the first half of 2013 – China should surpass the U.S. as the world’s most dominant business travel market in 2016.

Domestic business travel continues to outperform international outbound (IOB). In 2013, domestic travel spend should grow 14.3%, followed by another 17.2% in 2014. GBTA Asia comments on the report: “Diminished trade activity to and from China, particularly in Europe and North America, has undermined the demand for long-haul business travel. We do, however, see annual growth pushing back towards 20% over the next few years.”
Further reading

International fast-food chains like McDonald’s and KFC are slowly losing their dominant position in China to home-grown local players. McDonald’s is slowing down its expansion, and Yum (KFC) warned this month that recovery could be bogged down by China’s economic weakness.

China’s fast-food market, now worth about $174 billion, used to be dominated by KFC, McDonald’s, Pizza Hut and other Western brands; now, McDonald’s market share has been stuck at 2.3 percent since 2007, while Yum holds about 6.5 percent with its 5,600 KFC and Pizza Hut stores.

Domestic chains like Dicos, Country Style Cooking and Kung Fu Catering, are in the winning mood, as they have been steadily growing, thanks to fresher, healthier offerings. Health concerns, connected to the international brands, have made people worried and Chinese brands have adjusted their strategies. One example: Dicos, owned by a Taiwanese firm, offers rice cake burgers, soybean milk, and traditional herbal tea alongside its chicken nuggets and crispy wings. The company plans to triple its store count to 3,700 by 2020.
Further reading

Registering a startup in China is about to get easier and cheaper. According to Xinhua, China will streamline its corporate registration system by scrapping the minimum capital requirement. The process will be streamlined to ease market access and encourage social investment.

This new will most likely help the ‘birth’ of startups in China, that are often forced to work under the table due to a lack of registered capital. Easier and cheaper registration of these companies will make it less hard to attract and hire employees, to receive funding and loans, and to work with existing corporations and state agencies. Further, a subscribed capital system will help lower the cost of founding a company.

The rules and regulations are also loosened other areas. Annual audits of registered companies are to be replaced with public annual reports that are written by the companies themselves. On the other hand: companies that “commit aberrant behaviors” will be made public.
Further reading