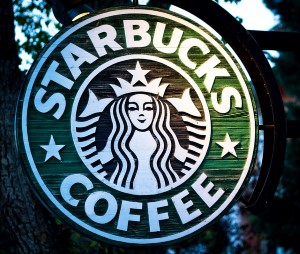 Yes, the Chinese do drink a lot more coffee than they did when Starbucks opened its first outlet in Beijing at the China World Trade Center in the late 1990s. But Starbucks in China has never been about coffee. "Starbucks invented the 'third place" in China”, says David Wolf, a public relations professional and expert in Chinese business in ‘The Beijinger’ blog.

According to Wolf, the ‘third place’ is “the default place to go to socialize and conduct business that was neither home nor office. Chinese in companies commonly refer to Starbucks as the 'public conference room'". In many big cities in China, homes are not large or comfortable enough to invite people over. For many, a meeting in a restaurant is too expensive and fastfood chains are unsuitable for meetings because of the unsuitable lighting and the idea that a stay needs to be short. A coffee store is more convenient for a meeting that lasts longer than fifteen minutes.

According to Wolf, Starbucks and its many local competitors provided the ‘neutral ground’ that many Chinese longed for. The coffee stores are convenient places to have meetings where they might not want others to witness, such as job interviews, sales meetings, or dates. Wolf: "It is also the public living room. The fact shows in results: some 90 percent of Starbucks patrons in China consume their purchases on premises, exactly the opposite of their US counterparts”.

Wine in China, mostly expensive ones, become more popular every day. Vinexpo’s research even shows that consumption of wine increased by 430

Danish windmill giant Vestas would like to invest in China again. In China, wind power is a key growth component of the country’s economy.