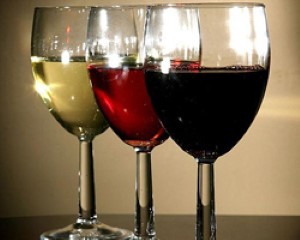 China is becoming a country of wine lovers. Its growing middle and upper class can afford and appreciate wine of € 20 or more per bottle and wine producers from all over the world import their wines to China by container loads. This month’s breakthrough is that Amazon has sent its first shipment of directly imported US wines into China. Now every Chinese can order his cabernet sauvignon or chardonnay with the click of a mouse.

Amazon China has partnered with seven US wineries in California to sell wines on its website since September, priced between $20 and $65 a bottle. Amazon China, Amazon.com’s branch in China, was thrilled about the response the wines have received in the country, especially in Shanghai. Amazon China’s Mid-Autumn wine festival promotion was a great commercial success. Chinese customers received a 20% discount on California wines with every purchase of mooncakes via Amazon China.

Importing wine is one of the fastest growing categories  in China’s ports. According to a Morgan Stanley report, Chinese wine consumption has doubled twice in the last five years. Though the country’s domestic production has quadrupled over the past ten years – China is now the fifth largest producer of wine in the world – the Chinese winemakers cannot keep up with the growing pace of consumption. The total consumption will almost double by 2016 to 400 million unit cases. A large part of this ‘wine lake’ will have to be imported from Europe (France and Spain), the US and Australia. Most producers are aiming for the top end of the market.

Export from US, Europe, Australia

Where it comes to importing wine in China, American winemakers are particularly doing well. For the first six months of 2013, California's wine exports to China totalled nearly $34 million, up 7 per cent from the prior year. The state's wine shipments started from a modest $3.4 million in sales in 2002 to $74 million in 2012.

What about Europe? Exports from Europe (France) to China generally have the tendency to decrease, but Spain is the exception. Spain is now the third largest exporter of bottled wines to China, following France and Australia. For the first half of this year, Spanish wine imports in China were up 40.3% by volume to around 1.59 million litres and 43.8% by value to more than US$48.7 million (£30.5 million). As ‘The Drinks Business’ (an industry online newsletter) suggests, sparkling wine Cava has shown healthy growth figures in China, appealing to young people in nightclubs and trendy bars. Australian winemakers also benefit from China’s growing wine appetite. Exports of Australian wine into China are expected to rise by 50% over the next three years, says a National Australia Bank report.

One problem that all traders of exclusive prize-winning wine face is fraud. Chinese traders sell counterfeit, poor wine as expensive wine from Europe or the US. The good news is that China seems prepared to take steps to deal with the problem. Last month Spanish officials signed a wine trade agreement with the Chinese General Administration of Quality Supervision, that emphasised the improvement and use of current wine tracing systems, to better protect Spanish wine trademarks and regional names.

“In China, luxury brands should signal wealth, quality and craftsmanship”