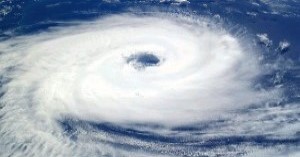 Living in this part of the world involves having to cope with a special treat, delivered by Mother Nature: typhoons! This year we have had our fair share of rain and strong wind. It is the kind of rain that I never experienced before outside China – fierce, relentless and incredibly wet!

Typhoon rain will soak you completely in a matter of one minute! The wind is incredibly powerful; in the morning after a typhoon hit, you will find streets covered with trees or part of trees and all kinds of dirt – sometimes even parts of roofs!

In the Typhoon season, which is from June to October, the Taiwan weather forecast bureau has its busiest period of the year. Most typhoons are ‘born’ somewhere east of Taiwan – over the Pacific Ocean. Several days before a typhoon is forecasted to hit or pass close to Taiwan the weather bureau shows stats about the current status of the typhoon. Where it is, how heavy it is and most important: will it hit us or ignore us on its way to mainland China.

Every hour the Taiwanese get an update on radio and TV on how bad it is going to be.  The weather bureaus tells us all about the typhoon’s strength and estimated path; you can tell how bad it is going to be by the warning signal. Green is OK, orange means that the typhoon is serious and is coming our way, red is when the typhoon hit is imminent. If a typhoon is predicted to miss Taiwan, all lights are back to green.

Nobody likes typhoons, except for the kids and maybe some office people, as they all get a day off. When a full-force typhoon is on its way, schools, banks, government offices and hospitals will be closed. Most companies will follow the government announcement, which is always made at 22.00 on the night before the typhoon hits. For some reason, serious typhoons hit at night-time.

Before the Typhoon hits, shops will cover their doors with sand bags and hotels will barricade the entrances. When I came to Taiwan eleven years ago I thought these security measures were a bit too much, but I admit that I was wrong. Never before did I experience such rain and wind force! I once played golf on the day before a typhoon would hit. My golf partners and I thought we would be OK, but after 9 holes we already lost about 12 golf balls each. Every time we teed off the ball it was gripped by the wind and it literally got thrown to the other side of the golf course!

People in Taiwan prepare really well. Many apply special tape on their windows in case the glass breaks and small pieces are blown into the room. As I am living in Taipei city centre in a fairly new and well-built building I do not have to fear the typhoon. But outside Taipei and in the south people suffer a lot. Particularly farmers and fishermen are hurt badly. I feel sorry for those who suffer with their business because of the typhoon. Not to mention the millions of dollars of damage to the community – with businesses having to close down and damages resulting directly from the typhoon.

I hope you all have a bit better idea about Taiwan typhoons now.

Getting stuck in Taipei's traffic | Blog

Taipei has a pretty good road system, but traffic in Taiwan can be tricky.

Ray recommends some of his favourite and less favourite Taiwanese foods

Our China blogger – Ray’s Response – Raymond Koot lives and works in Taipei, Taiwan. Raymond is an experienced electronics hardware contractor and knows his way around Taiwan and China’s business arena.