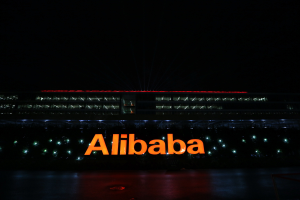 China’s e-commerce giants Alibaba and JD.com are now targeting the millions of potential consumers outside the large first and second tier cities. The new target consumer may be hundreds of kilometres away from megacities such as Beijing, Shanghai and Chongqing, but he or she has money to spend.

Rural e-commerce is expected to be worth €133 billion by 2020, as millions small city and countryside dwellers are opening up their wallets more and more. According to a Bloomberg report, about 618 million consumers live in China’s countryside. They have more money to spend than ever before, as disposable income in rural towns rose by 160 percent in the decade ending 2014.

Alibaba and JD are investing to make it easy for Chinese in rural areas to receive the goods they order on the e-commerce platforms. Alibaba is spending €1.3 billion on logistics in rural areas. JD has invested in almost 2,000 regional sorting centers as well as in trucks and drivers.

China’s e-commerce giant Alibaba has bought the South China Morning Post, one of the largest newspapers in the country.

China’s cross-border e-commerce up 50 per cent