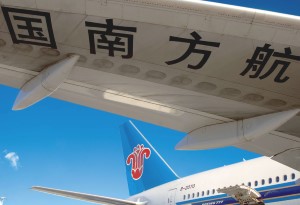 Boeing and Airbus are in fierce competition for a slice of the growing Chinese air travel market. Both companies are trying to sell their planes to the Chinese.

China Southern Airlines, the country's largest carrier and partner airline of AIR FRANCE KLM, announced a $2.3 billion purchase of 10 Airbus aircraft for its fleet in December, only shortly after it said it would buy more than 100 planes from Boeing for $10 billion.

China Daily reports that in November, Boeing said it has sold 1,335 aircraft to China, 1,190 of which have been delivered. Earlier in 2015 President Xi Jinping signed an order for 300 Boeing jets, during his state visit to the US. 2015 was a particularly good year for Boeing’s sales to Chinese airlines, after Airbus had been more successful in previous years. Aviation analyst Brian Foley says: "Airbus had some success with China previously and this was Boeing's year.” "Boeing's been doing very well. Performance between the two companies is neck and neck, and has been for years."

Aviation experts predict China will need to buy more than 6,000 aircraft in the next two decades, spending about $950 billion to do so. China's air travel market is set to add 758 million new passengers in the next two decades to bring the total number to 1.2 billion, according to November predictions from the International Air Transport Association.

KLM welcomes its newest Boeing 777-300 featuring a new interior in its World Business Class & Economy Class. The Boeing is decorated in the new livery.