Despite predictions that the future of retail in China is in online shopping, brick and mortar shops in large cities are successful in their efforts to lure back shoppers. But it is not the traditional shopping experience that consumers are returning to. Big brands have introduced new technologies on the shop floor that make a difference.

It was Kantar Worldpanel, a global leader in consumer behavior analysis, that noticed the shift, based on the extensive consumer behavior data it had compiled. Improved shopping experiences, often based on tech solutions, are drawing Chinese consumers back to brick-and-mortar stores, said Kantar,

One of the new technologies that makes a difference is checkout via a store’s mobile app. In several stores in Beijing (such as Wumart Stores) and Shanghai, customers can now check out on their mobile devices to save time. Young customers like it: asccording to Wumart stores, more than 40 percent of Wumart members are now aged below 30 years old, since the app was launched last year.

Ease of shopping and payment can make a big difference for time-conscious Chinese shoppers. In order to increase convenience for its shoppers and to facilitate more mobile payments, Carrefour has launched its own digital wallet, Carrefour Pay, together with China UnionPay.

Things like these matter to Chinese consumers all over the country, Kantar found. Hypermarkets, supermarkets and convenience stores noticed the difference that small and bigger innovations can make. According to the Kantar analysis, they saw spending grow at 2.9 percent in the third quarter of 2017, compared to the previous quarter.

The Kantar WorldPanel report found that, among international retailers, Wal-Mart Stores Inc and Carrefour Group have started to see share recovery from the damage ecommerce has inflicted on their store revenues. Jason Yu, general manager of Kantar Worldpanel China, pointed out what is happening at these hypermarket brands: "Although they are still closing non-performing stores, they are proactively reformatting their existing stores to be more competitive and appealing to shoppers.”

Another trend in the new retail era is the ‘multichannel’ approach. Many retailers have found that a more aggressive offline and online strategy works, especially is this is done while providing an integrated shopping experience with multichannel offers.

A multichannel approach works for Walmart. The US store brand benefitted greatly from its cooperation in China with JD Dao Jiao, a JD.com Inc online-to-offline retail delivery service that has more than 30 million registered users. Gross merchandise volume generated from this cooperation has grown more than thirty-fold in the past year.

The rapid growth of Walmart's online orders has benefited from visitors routed through JD Dao Jia, which has more than 30 million registered users. According to a report by China Daily, the cooperation has been extended to all of Walmart’s 146 stores in 20 cities.

More and more brick and mortar stores add online services to their offering, together with extended opening hours. Yonghui, a supermarket that mainly offers fresh and packaged food and clothing and BuBuGao (supermarkets and department stores with grocery products and household electrical appliances) grew on the back of more new store openings. Yonghui also strengthened its cooperation with JD.com's platform to deliver its fresh produce and essential grocery items to customers within one hour.

Are brick and mortar stores having their comeback? Probably. Customers still want a physical experience with many products before they buy, says Andrew Kuiler, CEO of the China-based brands expert agency of The Silk Initiative. In a recent blog, Kuiler states that it is important for shop retailers to have an integrated offline/online strategy. “For many customers, direct retail still serves a real need, and in the rush to move everything online and in the hype of O2O, it pays to remain grounded and be where your customer needs you – which is not always where you may think”, Kuiler insists. 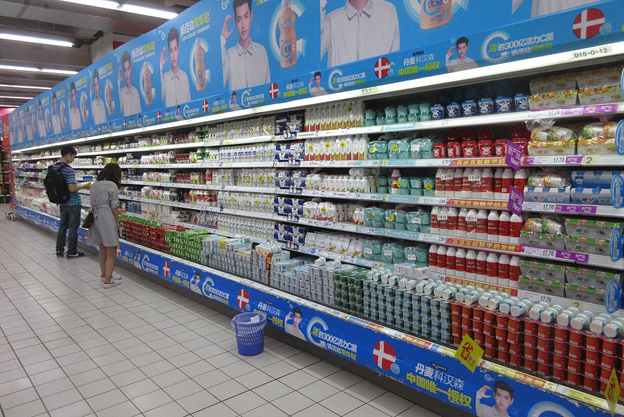 The large number of takeovers of international companies by Chinese enterprises have attracted attention. Club China examines the ‘shopping spree’.

Fireflies, talismans and ‘pretend boyfriends’ on sale on Taobao