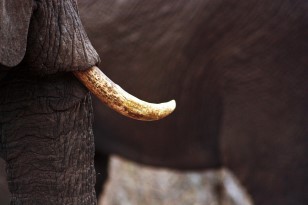 China is banning all commerce in ivory by the end of 2017. Following a promise made with the US in 2016, it will shut down commercial sales within the country.

The Guardian reports that the move would shut down the world’s largest ivory market and could deal a critical blow to the practice of elephant poaching in Africa.

The move comes after years of growing international and domestic pressure. Until now, ivory carving is designated as ‘intangible cultural heritage’ in China. The government wants to make the transition easy on those who make a living carving and selling ivory from existing legal stockpiles.

A 2011 report by the International Fund for Animal Welfare said China had surpassed Japan to become the biggest illegal market for ivory in the world. According to some reports, there are currently 34 ivory carving and processing factories across China and 130 traders who are licensed to operate such businesses.

Further reading on The Guardian

To help companies find a safe approach the Chinese market and avoid potential pitfalls, an expert panel webinar will discuss trade with China.