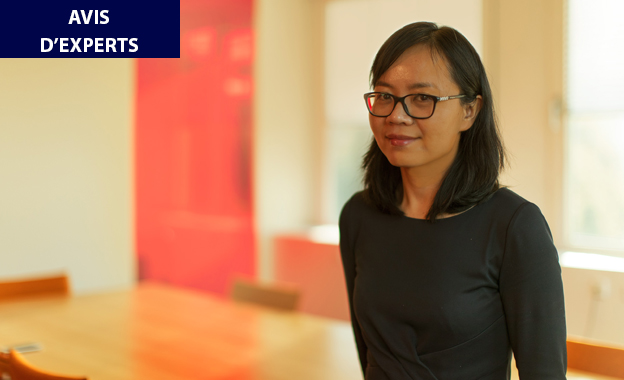 Over the years, China has tightened its grip on corruption and bribery, making one message very clear: a gift may mean trouble when it is more than a gift. A new law came into force recently, with new rules regarding ‘commercial bribery’. Club China asked law firm Buren, Legal, Tax, Notary to shed light on its implications on doing business in China.

The revised law offers new rules regarding ‘commercial bribery’. In an analysis, Ms Li Jiao, Counsel at Buren, Legal, Tax, Notary, notes that the changes may often influence the way inter-company deals and agreements, bonus structures and other reward systems are treated under Chinese law. “The new Anti-Unfair Competition Law (New AUCL) has clearly defined the boundary between commercial bribery and normal market competition”, Li Jiao states when asked what is new.

Do the changes in legislation help China government deal with bribery better?

“Before, commercial incentives (e.g. discounts, rebates, promotions, sponsorships, gifts, etc.) given from the business operator to its transaction counterparty is the target of commercial bribery investigation. In the New AUCL, a transaction counterparty is no longer regarded as bribe recipient, which is in line with normal market competition. As such, some activities are now generally considered to be normal market activity instead of bribery. An example: pharmaceutical companies provide sponsorships for hospitals that have direct business contacts or give large-scale medical equipment as gifts when hospitals buy consumables in order to implement sales plans. The same goes for tire companies that provide sales incentives to their dealers or wine suppliers pay slotting fees to the retailers who in return give the supplier’s products a prominent place on the their shelves .”

In what way is the new law more up-to-date with current business activities?

“This new amendment includes more diversified forms of transactions that occur in practice. Compared to 1993 AUCL, the purpose of commercial bribery is no longer limited to “buying and selling activities”. Some relatively non-tradable behaviours (i.e. lending, donation) are undoubtedly included in the scope of the investigation target.”

“For example, in practice, in order to increase the opportunities of cooperation, a medical enterprise pays the travel expenses of the person who is in charge of the target hospital. Another example is that a restaurant that uses the influence of tour guides, drivers, and travel agencies on tourists to secretly pay for the "personal introduction fee" and "sales commission". If under the 1993 AUCL, the above two examples will not be deemed as commercial bribery as they are not directly in a “purchase and sales” relation. Under the New AUCL, “seeking business opportunities or competitive advantages” can reasonably put them into the scope of commercial bribery investigation.”

The law says that bribery committed by an employee will be generally attributed to the business operator itself. How to deal with that?

“There is an exemption in the New AUCL as to define the operators’ commercial bribery. If operators can prove that they have established an internal management system including a whole control system and a detailed compliance system, it is still possible for the business operators to be exempted from the commercial bribery liability for the behaviours of employees. However, to build a sound anti-bribery management system not only requires enterprises to be responsible for their own anti-bribery system and regulations, but also demands them to bear the responsibilities for compliance management of related parties e.g. suppliers, clients and business partners. Therefore, the new provision of the commercial bribery puts forward a stricter requirement for business operator in order to avoid the negative effects and high risks.”

What is your take on the effectiveness of the new law?

“In order to guarantee the effectiveness of punishments, Article 26 of the New AUCL also stipulates that, if an operator engages in commercial bribery and is subject to punishment, it shall be recorded by the supervisory and inspection department in the credit record and publicized in accordance with regulations. These credit record files will not only affect the operator's credit history but will also have an impact on their reputation. Therefore, raising administrative penalties as well as recording credit records will help prevent business operators from committing commercial bribery beyond the penalty of China's Criminal Law.”

Buren, Legal, Tax, Notary is an internationally oriented corporate law firm with offices in Amsterdam, Beijing, The Hague, Luxembourg and Shanghai. The firm's 70+ lawyers, notaries and international tax lawyers providing a full range of services to domestic and international clients who conduct business nationally and globally.

Angela Tabak (WebshopinChina): “The challenge in e-commerce is in building market share”

Companies are looking for real insights from data analysis about how their brand performs in China, says Webshopinchina’s CEO Angela Tabak.

Chinese students are eager to take in knowledge, but some criticize their lack of creative thinking. How do teachers and professors create creativity?