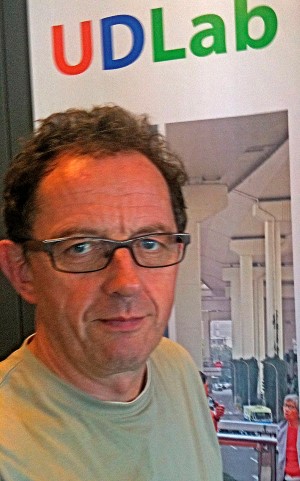 With 17 million inhabitants, Shanghai’s population roughly equalled that of The Netherlands in 2010. City dwellers in Shanghai, however, share only ten per cent of the surface of this tiny Western European country. An urban planner fascinated by metropolitan development, Wim van de Poll found his perfect match. Convinced he could learn from the way Chinese developers plan Shanghai, he returned home realising he had something to offer as well.

“From an administrative perspective”, Wim sets out to explain from his office with a view of the Rotterdam skyline, “Shanghai is both a central city and a province. Travelling the city for the first time in 2010, I discovered a surprisingly high degree of overlap with Dutch urban development issues; the latter being a context in which I had gained 25 years of experience. Both the central city and the surrounding districts – rural areas with their own historically important cities like Jiading and Songjian – made me think of the challenges I had faced in The Netherlands. In Shanghai’s highly interconnected landscape of urban development stakeholders, well-coordinated cooperation is a prerequisite.”

UDLab, or Urban Dynamics Lab, based in Delft, The Netherlands, stimulates knowledge exchange between China and The Netherlands, and is axed on conceptual and cooperative urban planning. UDLab’s experimental approach is the driving force behind the concept.

Wim’s involvement in urban planning in Shanghai evolved along three separate tracks. Back home, Wim is acknowledged for his ability to convene stakeholders of diverging natures to cooperate on innovative projects. Today he is putting that skill to work in Jiading. Wim: “Like most Chinese urban planning of the past decades, the Jiading Newtown extension was built according to an American model: a suburb dependent on metropolis Shanghai. In 2012, the department of Community Planning at Tongji university invited me to lecture on a more cooperative approach to urban planning, moving away from the dependency model.” Watering the seed that was planted in 2012, UDLab is currently setting up an urban planning course for Jiading urban development stakeholders. The course harnesses the capacity and initiatives not only of government bodies and the automotive industry present in the region, but also of the local population and enterprises.

Furthermore, Wim developed a ‘triple highway concept’, initially to be built in The Netherlands. The triple highway elevates highways as we know them, in order to better exploit their use. The conventional highway is enveloped in a tube, covered in glass, and supported by pillars. The ground level is freed up for facilities, the second layer is used for traffic, and the roof serves as recreational space and generates solar and wind energy. Wim: “At the 2012 IACP (International Association for China Planning) conference in Wuhan, I presented the concept as an example of the UDLab approach. Responses were positive, and the potential for Chinese application of my invention was recognised. Today, time has come for the concept to take off. This fall my aim is to devise tangible plans for the concept to be developed in Shanghai.” 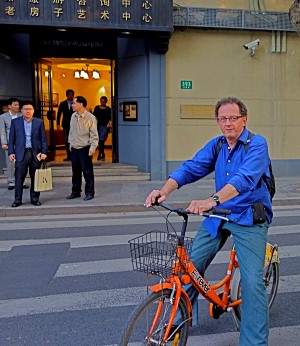 Finally, Wim has been asked by the Shanghai Urban Planning Review to write an extensive article on cooperative planning and academic knowledge exchange, based on his earlier lectures and recent Shanghai experiences. UDLab is currently exploring possibilities for the Wageningen, Delft and Rotterdam universities in The Netherlands to participate in this publication. The article is scheduled to appear in the Shanghai Urban Planning Review of December 2014.