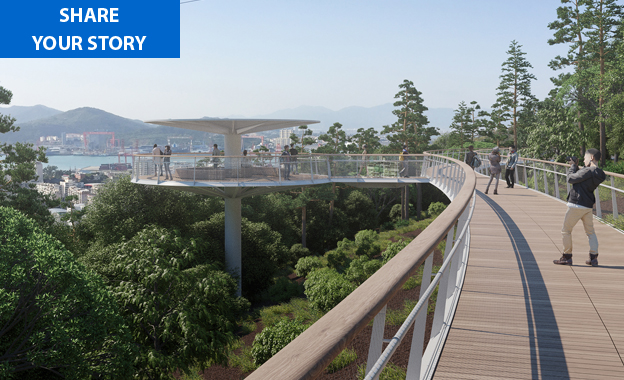 One year after launching its innovative solution for cyclists – a bicycle skyway – the South China city of Xiamen claims another first: a 20-kilometre network of footpaths raised high above the bustling city. Danish architecture firm Dissing+Weitling won the competition for the design. Construction work will start this year.

For cyclists and pedestrians, navigating the dense, multiple-lane traffic in China’s large cities can be a daunting, if not life-threatening experience. Danish architects solved part of this problem in Xiamen, by separating cars and bikes. They created a separate traffic system for bikes, in the sky. Last year, under extensive media coverage, the City of Xiamen opened the world’s longest bicycle bridge – Xiamen Bicycle Skyway – improving conditions for cyclists in the hectic Chinese traffic.

Now pedestrians are also to be taken up in the sky, in yet another large-scale infrastructure project in the Chinese city, designed by the same Danish firm of Dissing+Weitling. Their proposal was recently chosen as the winner in an international design competition to envision the ambitious project.

Pedestrians in large parts of the city will no longer need to wait for traffic lights or cross dangerous intersections. Their new habitat will be a 20-kilometer network of footpaths – 3.5 to 4.5 meters wide – and no less than seven spectacular footbridges. A network that is not just meant to be a practical solution. It will add quality too their lives too, in the exchange between bustling urban life and luscious nature.

The footpaths will lead residents and visitors through the mountainous landscape of Xiamen and connect city and nature. “The 20-kilometre route creates a new connection between city and nature – a system of elevated footpaths and footbridges that run through the city and across the island as a scenic, recreational artery. It will be a major attraction for the city and possibly become an icon for Xiamen that can attract tourists from all over the world,” says Steen Savery Trojaborg, partner and CEO at Dissing+Weitling.

“The footpaths will link city life with parks, forests and viewpoints. A leisurely route filled with scenic experiences that brings people out into the nature while affecting the unique flora and fauna as little as possible. It will be a fascinating experience to walk among the treetops and see the city and landscape unfold from a new perspective”.

In close cooperation with local authorities, Dissing+Weitling’s winning proposal is currently being further developed and adapted to the city’s wishes. The comprehensive project has been named Xiamen Footpaths, and is expected to be completed already next year.

Also for other cities

Mr. Savery Trojaborg sees the pedestrian footpath as a format that will help solve the traffic problems of other Chinese cities too, following the example of Xiamen. According to the architect, the city “manifests its ambitions in regard to sustainable infrastructure with an incredibly ambitious project, which both functionally and aesthetically will set new standards for green mobility and recreational experiences in cities all over the world.” 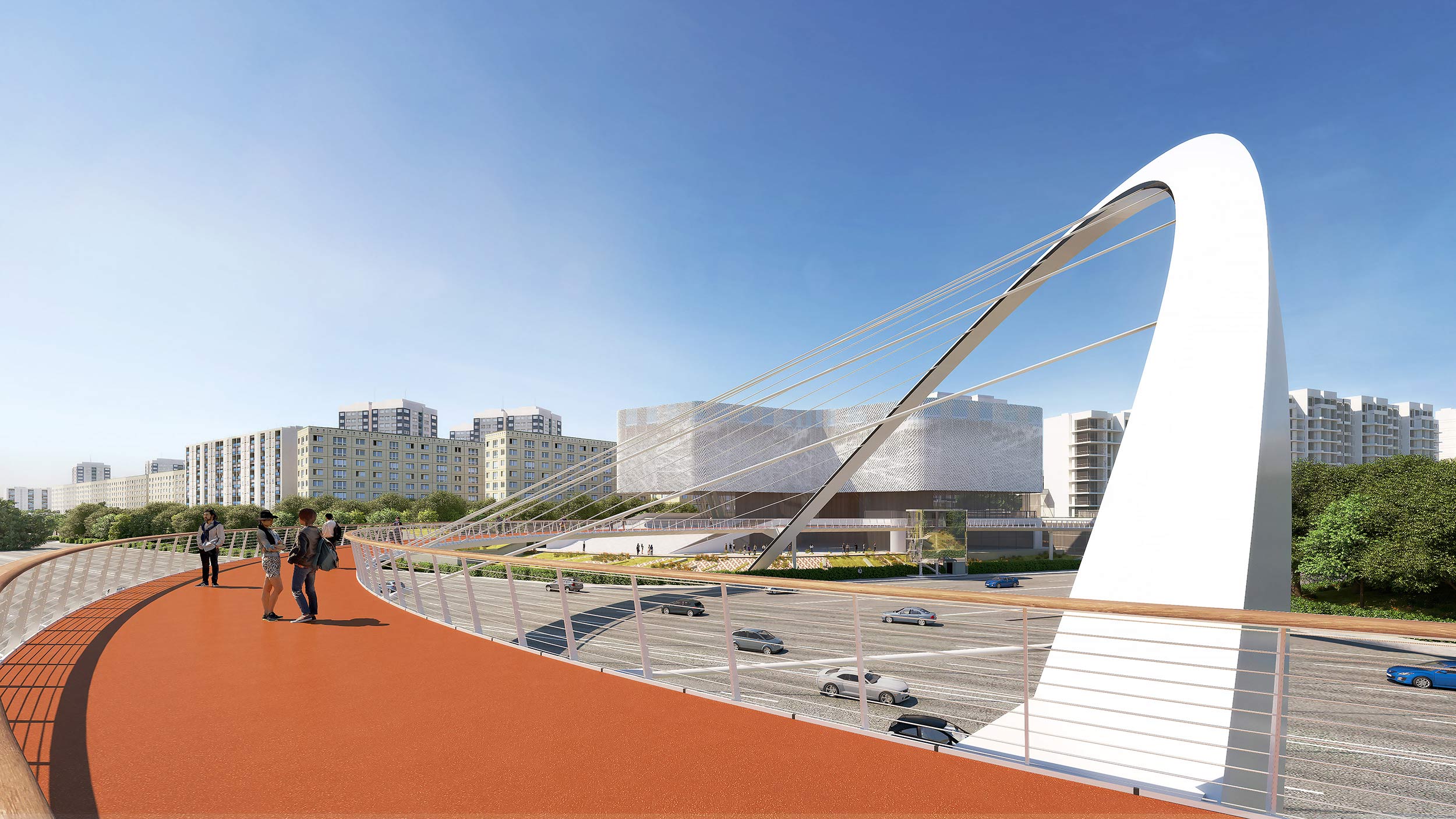 Danish windmill giant Vestas would like to invest in China again. In China, wind power is a key growth component of the country’s economy.