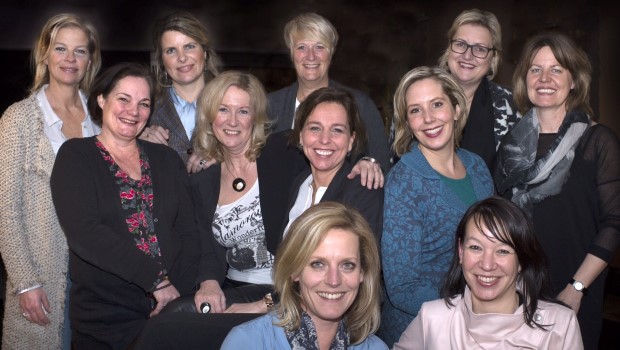 Eleven ‘women in business’ travelled to China this month on a special mission. Their curiosity about business in China, about female entrepreneurs and about life in China in general led to an eight-day group business trip. Their trip – officially dubbed ‘Quest for China’ – took them to Beijing, Shanghai, Chengdu and Chongqing.

It was quite a mixed group from the northern part of The Netherlands that boarded KLM’s Boeing 777 bound for China; there were experts in media, IT, legal, facility management CRM, construction, HRM, journalism and social media. None of the group members – except the organising team of China specialist Marion Tjin-Tham-Sjin and travel expert Haskia Kramer – had any previous business experience in or with China. But this trip may very well change that in the future.

But finding business opportunities or closing deals was not the point of the trip, says Club China member Marion Tjin-Tham-Sjin, who runs a consulting firm (Splendid China) focusing on Dutch-Sino business, with offices in The Netherlands and Shanghai. “This was a business familiarisation, networking and inspiration trip. We wanted to learn, discover and be inspired, both by the country, by its culture and by its entrepreneurs.”

The busy schedule offered plenty of all that and more. There was a meeting with the Dutch consul-general in Chongqing, with the European Chamber of Commerce and with members of the international women business club in Chongqing. The group visited numerous companies, like IBM in Shanghai and Huawei in Chengdu. Local entrepreneurs joined the conversation with the Dutch group during lunch and dinner sessions. The women offered their counterparts presentations about business opportunities in Holland’s northern provinces.

The group travelled well-prepared, as the participants brought Chinese-style and Mandarin-language business cards. They also received a short training in Chinese and business culture. Taking the time to get to know China and its people is only a first step to good relations and – who knows – business deals in the future, Marion Tjin-Tham-Sjin says.
“Anybody who deals with China learns sooner or later that it takes time to build a relationship that leads to business. In China, the soft side of doing business is more developed. I would even dare to say that Chinese women are slightly tougher in business than men.”

Though this was certainly no holiday, the group also took in some of the cultural and tourist treats on offer in China, like the Forbidden City, the Great Wall and the pandas of Chengdu. The group attracted quite some attention in the streets of Beijing, Shanghai, Chongqing and Chengdu. Not because businesswomen are rarely seen – China is leading the world with a stunning percentage of 51% of business leaders being female. But ten tall women from Europe (and one Dutch Chinese) definitely sparked requests from people for a photo opportunity...

Shipping products from China to Europe by sea can take months. DB Schenker has developed a rail alternative that takes only 16 to 19 days.

Did you check out the all-new BlueBiz.com? You will enjoy the new look, the news section and how much easier we made it for you to enrol!