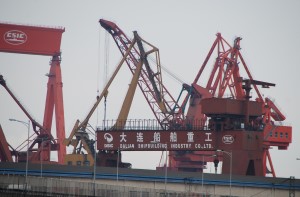 Amidst reports about China’s economy slowing down, the results for the country’s industrial businesses for the Jan-April period of 2014 were very good. Industrial companies have reported higher profits in the first four months from a year earlier. The growth rate was down slightly from that of the first three months.

The National Bureau of Statistics has reported that Chinese industrial businesses saw their profits rise by 10 per cent year on year. Total profits of industrial companies with annual business revenue of more than 20 million yuan (3.2 million U.S. dollars) reached 1.76 trillion yuan from January to April.
Companies in the manufacturing sector saw 14-percent year-on-year growth to hit 1.40 trillion yuan in the period.