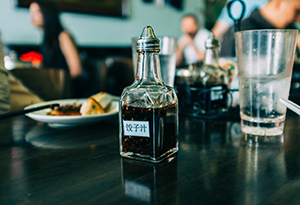 Food safety issues continue to surface in China. In Tianjin, a coastal city in the Beijing region, the authorities have closed down several underground factories that were producing counterfeit versions of products like soy sauce and spice mix. The products were sold as real brands owned by major companies.

The issue was brought up by newspaper Beijing News. Reporters found that fake food items were being produced on a large scale, using dirty tap water, industrial salt unfit for human consumption and recycled spices bought at knockdown prices from other factories. CNN reports that the newspaper estimated that around 50 family-run factories had been making fake condiments and seasonings for as long as a decade, producing up to 100 million yuan ($14 million) of them every year. China's Food and Drug Administration ordered an investigation of the claims.

Food safety in China continues to worry authorities and consumers. In 2015, a report claimed that almost half of Chinese food-processing plants fail to meet internationally acceptable standards. In December, the Chinese Food and Drug Administration said it had conducted 15 million inspections in the first three quarters of 2016, during which more than 500,000 incidents of illegal behavior were found.

Michelin has launched the first edition of its famous restaurant guide on the Chinese mainland: the Michelin Guide Shanghai 2017.

In Business Weekly we focus on reports about China’s growing business travel market. Despite the economic slowdown, the country will be ...