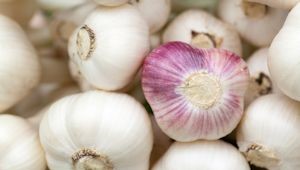 Trading garlic has proven to a much safer bet than investing in China's volatile stock and real estate markets. Many Chinese investors have switched their attention to agri commodities markets, like garlic. Traders in China’s garlic capitol Jinxiang, in the eastern Shandong province, buy crops cheap in spring and sell at a profit when prices rise later in the year.

Jinxiang is China’s ‘garlic capitol’. The region produced 1.69 million tonnes of garlic last year, around 7 percent of China's total of around 25 million tonnes. Many new storage facilities have been built over the years. Modern coldstores can keep the garlic fresh for up to two years, giving investors a longer window to sell into.

According to an extensive Reuters report, many new investors have entered the market this year, driving prices up much earlier than usual. The sudden interest in garlic has changed life in the city of Jinxiang, with new villas, auto dealerships and modern retail space. One trader is quoted by Reuters, saying: “Isn't everybody switching from stocks to agriculture commodities now? It's the trend. Speculating with garlic is similar to stocks, but (physical) garlic is not as unreliable as futures (trading)."

The Pearl River Delta is the manufacturing heartland of China. Not very long ago, the region was mostly agricultural land.