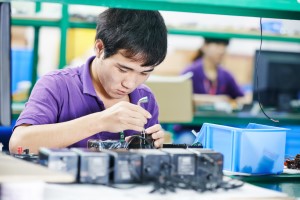 One day you close a deal with a Chinese manufacturer to produce your product. A few years later you may decide to move production elsewhere and leave the manufacturer. This may be a common practice in business life, but requires good planning in China.

In China Law Blog, China business lawyer Dan Harris explains why such major steps need to be taken carefully. The reason, says Harris, is that conflicts may arise when a Chinese manufacturer discovers that his international customer will soon stop buying products from him. Harris: “For this reason, we instruct our client to line up its new suppliers and have them ready to go, before even hinting that it might be ceasing production with its existing suppliers.”

Service outsourcing is one of China’s fastest growing industries, with technology, business process and knowledge process outsourcing as top