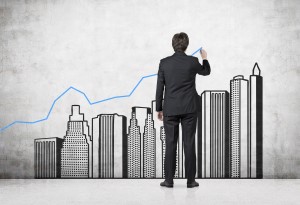 Despite reports about China’s slowing growth, the number of new high-net-worth-individuals (HNWIs) is still rising at an unprecedented pace. A Capgemini report claims China has the fastest-growing community of HNWIs in the world.

According to the annual World Wealth Report, the number of Chinese individuals holding assets of at least US$1 million (excluding real estate and collectibles) increased by 16 percent in 2015, coming in at the highest growth rate in the world.

JingDaily reports that Capgemini predicts that China is expected to contribute to the Asia-Pacific region’s dominance of global HNWI wealth over the next decade. Asia-Pacific’s rich will hold two-fifths of all HNWI wealth globally – more than Europe, Latin America, the Middle East, and Africa combined.

China is a large continent-sized country and, officially there is only one economy.

Virtual reality technology is becoming mainstream in China. Online store Taobao will offer its customers a virtual reality look at merchandise for sale.