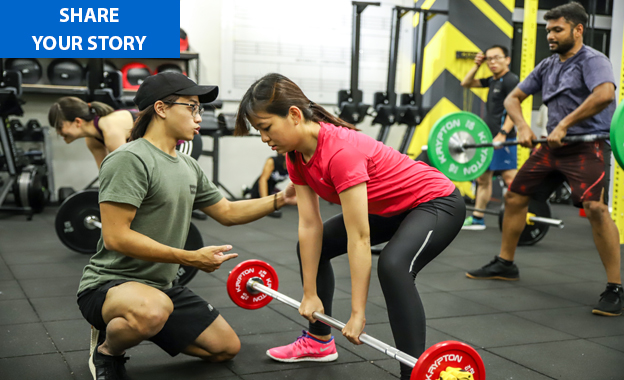 South African Peter du Plessis came to Taipei 15 years ago. He first worked at a large financial institution in South Africa, but soon exchanged the corporate world for a career in education in Asia. His love for gym culture and fitness led to his latest career move. With two partners, he started Hongtai CrossFit, a branch of the popular global fitness concept. Peter shares his experiences as an entrepreneur in Taipei with Club China.

For Peter du Plessis, the soft opening of the Hongtai CrossFit outlet is the realisation of a long-time dream. While at university, Peter discovered gym culture. “I was drawn to the discipline required and benefits obtained from following a rigorous fitness program.” During his time in Taiwan, the South African became a CrossFit fan. “I have tried just about all programs in the fitness arena and am convinced that CrossFit forges the best-balanced fitness. CrossFit’s methodology of a well-rounded fitness which translates into improved capacity in sports and life immediately appealed to me. Having my own gym has been a long-time dream and over time and a lot of hard work, the idea to build a business in CrossFit came to life.”

With partners Casey Alt and Jacky Hsu Peter started working out the details. “CrossFit has been steadily growing in Taiwan for the past 3 years. Taiwan has 18 ‘boxes’ on the island with five currently in Taipei. However, the other 4 are all on the west side of the city, and it took us two hours traveling time there and back each time we wanted to train. So, we decided, a little selfishly, to open a box closer to us on the east side. I guess we figured as far as ‘market’ goes there are other people on the east side feeling the same way we do.”

Peter found that being an entrepreneur is hard work. There were so many things to research and learn, decisions to make, hurdles to clear. Finding the location was not easy. “We wanted to start small and we eventually found a 200sqm former retail store that fit our purpose.” Complying with local rules and regulations was another challenge. “We had numerous discussions with local authorities about issues such as public safety, zoning et cetera. Although the CrossFit concept does not use the heavy installations that are common at regular gyms, we still had to comply with regulations (such as floor weight requirements) aimed at that type of gym.”

There were other hurdles. “Like getting the necessary credit card payment facilities from a bank. After a local fitness chain went bankrupt some time ago, Taipei banks have little confidence in this industry. We work on building trust with the banks every day.” Fortunately, other steps on the way to opening went very smooth. “Like the way the local tax office helped us get started. Making the arrangements for Hongtai CrossFit at the tax office took us less than half an hour. Service!”

During the soft opening in July and August, Peter and his partners invited close friends to come workout. “Work out and help test our programming and software, we asked them. We had such a good reply that we had to cap the number of members during this period at 80. We officially open to the general public in September.”

Building the business is the next challenge. How are Peter and his partners going to connect to their Taiwan target audiences? “Our goal is to promote CrossFit and the benefits it brings in Taiwan – in a very broad way! We believe fitness and by extension good health is the best gift one can give. One of the major differences between a CrossFit gym (box) and regular gyms is the community. That is why reaching out to the Taipei/Hongtai community is crucial. We plan to work actively within our local neighborhood, with special focus on kids and elderly. These two demographics are often ignored these days.”

Reaching out to community

A big opportunity for profiling the business locally – and for reaching out to the local community – is the neighboring park. “The park is a bit run-down, but it has potential. We have suggested to the municipality that we clean the place up and fit it with pull-up bars and other installations that both our members and the local community can use whenever they like. The park could become our outdoor venue and I imagine we could easily host new CrossFit activities there for kids and elderly people. We still need to work this out, but it does show our intentions.”

Peter believes in building the connection with the community but is also keen to reap the benefits of that approach. “We are in the middle of the process of applying for government subsidies for companies that serve the local community. It would be wonderful if CrossFit Hongtai could qualify for that, kickstarting our box’s ability to give back to the neighborhood.”

Wealthy Chinese have turned their attention from luxury goods and expensive branded fashion to sportswear.

The latest innovation on – shown on the CES Consumer Electronics Show in Las Vegas – was a drone (Ehang 184) from China that is capable of carrying people.