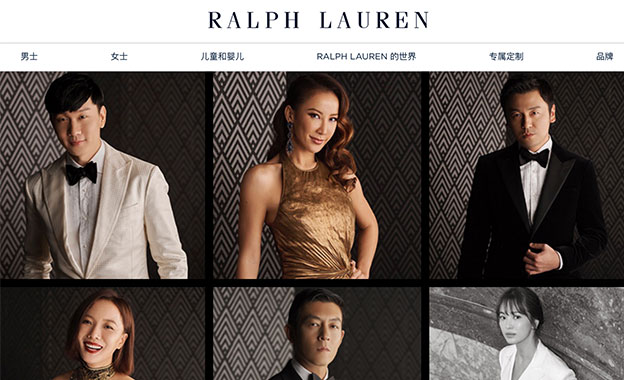 Some American brands are so powerful, that no trade war can keep them from growing in China. Ralph Lauren is such a brand. After opening its first stores in China in 2011, Asia remains the fastest-growing division for the US fashion brand, with China accounting for the majority of the region’s growth.

JingDaily reports that it has not been easy for Ralph Lauren (and its brand Polo) to keep growing. “For the past two decades the brand has been hit hard by the counterfeit trade, with the Chinese market flooded with fake Polo shirts and knockoff brands”, JingDaily analyses.

This year, China accounts for around 3.5 percent of Ralph Lauren’s global business. Ralph Lauren opened many new branded stores over the years and has hundreds of stockists throughout Greater China, as well as a Ralph’s Coffee location in Hong Kong. The brand has invested massively in digital marketing and e-commerce. There are signs that this starting to pay off.

China represents roughly 30 percent of the revenue growth in the Asia segment, with a major focus for new store openings. Of the 94 Ralph Lauren stores opened in Asia in FY2019, 39 were in China. Analysts expect this trend to continue in FY2020, driven by the launch of the directly owned Ralph Lauren e-commerce site last year.

Ralph Lauren remains ambitious. The brand is aiming to reach $500 million in revenue in five years from the Greater China market.

Global brands in China may feel effects of trade war

Large brands like Starbucks, KFC, McDonald’s, Burger King may feel a headwind in China, as a consequence of the escalating trade war.

Chinese brands are closing the gap with western brands

Chinese consumers are becoming more concerned about product quality rather than the origin of brands. 67 per cent of consumers favour domestic brands.