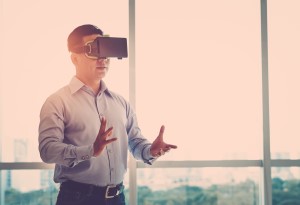 Virtual reality technology is becoming mainstream. E-commerce giant Alibaba has unveiled a new plan to facilitate virtual reality support in both hardware and software on its existing platforms. Customers of Alibaba’s shopping site Taobao will soon be able to have a virtual reality look at merchandise on offer.

The technology to offer VR impression of products – also dubbed VR shopping – is to be developed at Gnome Magic Lab, a research facility focused on virtual and augmented realities. In a report by Shanghai Daily, Zhuang Zhuoran, senior director of Alibaba’s wireless division, says it will take time to transform the display of billions of goods into the new virtual format.

VR technology is moving into all aspects of life and commerce. Zhejiang Vici Science & Technology Co in Hangzhou organised a class on fire safety techniques, with attendees wearing virtual reality headsets that enabled them to feel they were being threatened by fire. Instructions embedded in headsets told them how to make a safe exit. Hangzhou Immersion Science & Technology Co. developed an apartment viewing system that takes customers to virtual houses so they see what residences are on the market without having to visit them. Hangzhou KATVR Science & Technology Co produces a virtual-reality running machine. It’s called Kat Walk, and unlike traditional treadmills, it provides greater freedom of movement with less constraints.

Happy Finish is ready for VR revolution in China

2016 could be the global breakthrough year for virtual reality and Chinese brands may be among the early adopters.

A Chinese high-tech manufacturer may offer top quality products, but the ‘Made in China’ label does not attract international buyers easily.