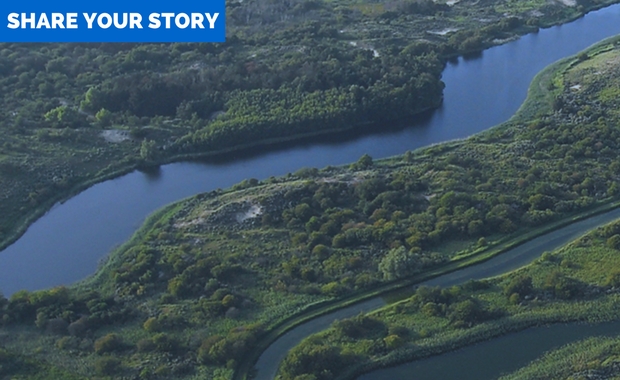 A Dutch consortium has implemented a pilot water purification and storage system in Deyang, a large city in Southwest China. The system purifies water through constructed wetlands and stores water underground with artificial recharge of groundwater. It is the first project of this kind in China. The park proves the effectiveness of the concept, that can solve the problems of China’s large cities.

Good drinking water is in short supply in China. Two-thirds of Chinese cities do not have sufficient water and suffer from water pollution caused by rapid development. The government of Deyang faced similar problems. According to the 13th five-year plan, Deyang will expand to a city of 1 million inhabitants. Daily water consumption will rise to half a million cubic metres, an increase of 30% compared to the current level.

The solution of the consortium supplies the city of Deyang with safe drinking water, similar to a system in the dunes near Amsterdam. The new water purifying system was constructed in the new Jingnan Wetlands Park, an ecological theme park and a recreational area near the city. The park covers 3 hectares and the total investment was 25 million RMB (€3.4 million). The installation consists of coagulation and sedimentation, constructed wetlands, infiltration ponds for artificial recharge and groundwater extraction wells.

Water from the local river is pumped into the so-called flocculation ponds. Here, small flocs are formed with dosage, separating the water from any floating substances. Once the particles are formed, the water is led into the sedimentation basin in which particles sink to the bottom. The water is then separated from the sludge. The water quality is further improved when flowing through the constructed wetlands. Finally, the clean water is infiltrated to groundwater in the infiltration ponds. The installation produces 3,000 cubic metres per day. 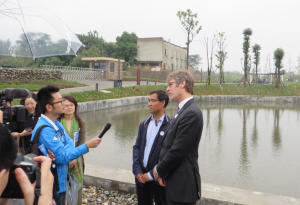 Contrary to a traditional surface water treatment plant, this water infiltrates into the groundwater. According to Dr Yangxiao Zhou, Associate Professor of Hydrogeology and project leader on behalf of UNESCO-IHE Institute for Water Education, this procedure has a number of advantages: “Groundwater contains more minerals, the quality is stable and so is the temperature. And finally, the quality is much better than surface water. The clean water is left to penetrate the soil, which is how surface water becomes groundwater. The water is stored in the aquifer. That is much better than storing it in a reservoir. It is not easily contaminated and it doesn’t take up space.”

In Holland, this technology has been tried and tested for a long time. In fact, 65% of Amsterdam’s water supply comes from such water winning projects in the dunes. According to prof. Zhou, the pilot project is leading to other projects in China. “As a spin-off of the Deyang project, a large scale project on artificial recharge of groundwater in Beijing City has been approved. The Asian Development Bank provided a grant for the consultancy of this project from UNESCO-IHE and World Waternet of Amsterdam. The Beijing municipal government provides the finance for the constructions.” The project involves the construction of a large artificial recharge scheme, the production of a guide book on artificial recharge. The project also includes the organisation of a seminar about the artificial recharge concept.

According to Dr Zhou, the concept can also be used in so-called ‘sponge city’ projects in China that are currently being set up in about thirty cities in China. “They apply permeable surface for infiltration and storage of water in aquifers as important components. We are currently involved in talks with Beijing City to get involved in its sponge city projects”, says prof. Zhou. 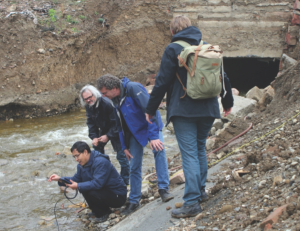 CONSTELLATIONS in Shanghai offers ‘SHANGHAI FLANEUR’ walking programs that spark new ideas in a way and on a level that office sessions can never match.