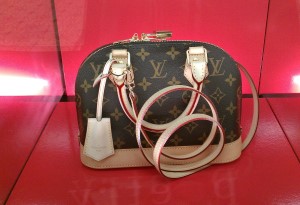 The number of billionaires in China has grown at record speed. In one year, 242 Chinese have become a billionaire, bringing the country’s total to 596 – overtaking the US number for the first time.

The Hurun Rich List 2015 is published by Shanghai-based luxury magazine publisher Hurun Report. Chairman Rupert Hoogewerf has stated that 2014 was the best year ever for China’s big money makers – and spenders.

China’s economy may be growing at a slower speed than before, but China’s rich people are still in the fast lane. According to the latest numbers the US has ‘only’ 537 billionaires. In China, IT was the fastest-growing source of wealth, with the number of individuals on the list growing 43%. New faces include taxi-app Cheng Wei, age 32, who made his fortune with the Didi-Kuaidi app.

China’s best-known billionaire Jack Ma is no longer the riches man in China. The founder of Alibaba has been overtaken by real estate and entertainment mogul Wang Jianlin.

China’s State Council is urging companies to give their staff Friday afternoons off: a two-and-a-half-day weekend, with great benefits for the economy.