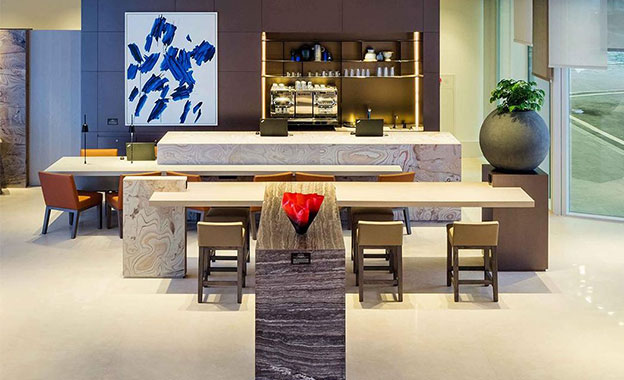 Famous Dutch designer Piet Boon has left his mark in Seoul. This time the talented and versatile Boon designed Andaz Seoul Gangnam, a new hotel in the South Korean capital. The launch of the new hotel marks the brand’s first location in the country.

The new hotel has 241 guestrooms, all offering views of the downtown district from floor-to-ceiling windows. Andaz Seoul Gangnam hotel is superbly located, with direct access to Apgujeong metro station and next to a bridge connecting northern and southern Seoul.

The hotel features several drinking and dining venues, such as a charcoal grill and a marble-clad show kitchen. The new property also boasts wellness facilities, including a 16-meter pool surrounded by a whirlpool and cold and warm baths, cabana-style niches, an infrared sauna, herbal bath, cool, warm and hot baths, marble-clad wet and dry saunas and ice fountains.

Travelling the world requires a valid passport. Some passports are better than others and allow them to the largest number of countries on the planet.

A second terminal for Incheon – Seoul

The recently opened Pullman Tokyo Tamachi – is the first hotel of this business hotel brand in Japan. Accor now has over 200,000 rooms in Asia Pacific.