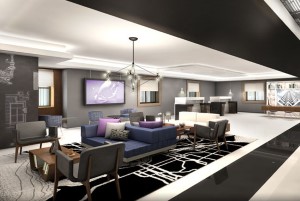 Le Méridien Tampa also has a modern restaurant and state-of-the-art meeting and event space all set against the backdrop of the building’s stunning architecture. Add one more plus: the hotel’s location in the heart of the city’s downtown arts and entertainment district.

The former courthouse occupies an entire city block and was previously a customs house and post office. The $26 million renovation of the hotel preserved the building’s architectural elements well; the marble and terrazzo lobby as well as its oak door frames and window casings were all part of the original building.

The hotel has an outdoor pool, 24-hour fitness center and ultramodern business center that features a historic judge’s bench as the primary work station. The lobby – Le Méridien Hub – is a social gathering place that features the signature Master Barista that is said to offer the best coffee in town.

Looking for luxury when booking a hotel in the States?

Sheraton Dubai Creek Hotel & Towers has reinvented itself and has been reopened.

Obama promises to cut lines at US airports

Barack Obama wants to cut long and frustrating lines at customs for foreigners arriving at airports.