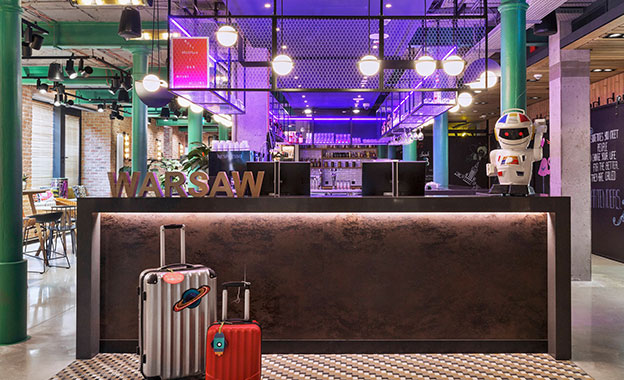 The hotel design mixes polished concrete floors and open ceilings with old red bricks of the 19th century factory which at its peak produced a quarter million bottles of vodka per day.

Just opened in the US (3): The Moxy Denver (Denver)

Marriott Hotels has opened a new property with its millennial brand, Moxy, in Denver. The hotel is known for its modular L-shaped tower.