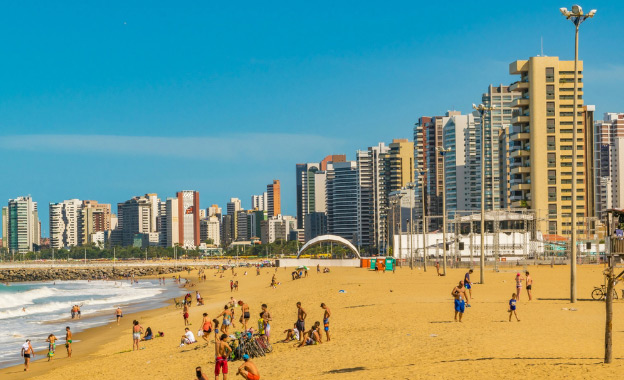 KLM Royal Dutch Airlines will operate a direct service to Fortaleza, Brazil, from May 2018. The addition of this destination in the northeast of Brazil to its network consolidates KLM’s position as a major European carrier in the Brazilian market for both business and leisure travellers. KLM will operate a thrice weekly service from Amsterdam to this new destination using Airbus A330-200 equipment with a capacity of 268 seats per flight.

KLM’s partnership with the Brazilian airline GOL was one of the reasons for choosing Fortaleza as our third destination in Brazil. Fortaleza’s strategic geographical location, its developing economy and tourism, and the new air routes GOL opens up to other major cities in the north and northeast of Brazil, make it a highly attractive destination for KLM. KLM’s partner Air France will also commence a scheduled service to Fortaleza from Paris in May 2018.

KLM, Air France and GOL will thus create a hub at Fortaleza that will initially offer connections to Salvador, Recife, Natal, Belém, Manaus, and Brasilia. New connections will be added in the future to make Europe more accessible to customers in the north and northeast of Brazil.

“Brazil is an important focus market for KLM. The addition of Fortaleza to our network, KLM’s third Brazilian destination, opens up new air routes between major cities in the north and northeast of Brazil. KLM’s partnership with the Brazilian airline GOL creates a new strategic hub, which firmly connects Amsterdam and South America. Fortaleza fits perfectly into our network strategy and is a welcome addition to the South American destinations we are able to offer our customers.”
Pieter Elbers - KLM President & CEO

From 3 May 2018, KLM will operate two roundtrips a week between Amsterdam Airport Schiphol and Fortaleza on Thursdays and Saturdays. The flights will be operated using Airbus A330-200 equipment with 18 World Business Class seats, 35 Economy Comfort seats, and 215 Economy Class seats. A third weekly service will be added from 2 July on Mondays.

Book your ticket to Fortaleza now on www.klm.com

Air France is installing its summer lounge on the terrace of Club France, during the Olympics from 5 to 21 August 2016, in Rio de Janeiro.