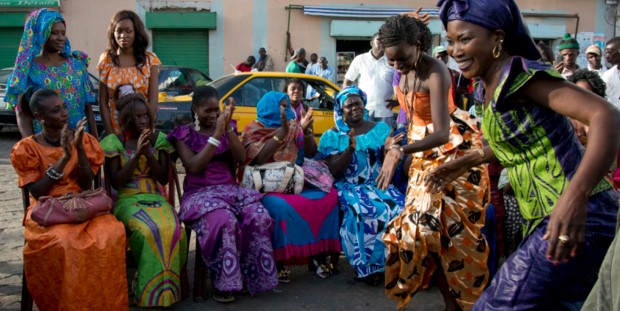 With half of Africa’s population living in cities, South African film producer Steven Markovitz thinks it is time for a shift away from village stories, towards films from urban areas. ‘African Metropolis’ is a series of six short films, all set in a different African city. It offers an interesting twist in the African film scene.

Stereotypes are not easy to change. Africa’s rapid urbanisation is happening faster than people in the West can imagine, certainly when cinemas keep showing films set in the African countryside. With long, wide shots of open plains, often with women in colourful clothes, a baby strapped to their back and a bunch of firewood carried on their head. “That is the perception many people have of Africa, but it is only one part of the reality,” says Markovitz. He is at the international film festival Rotterdam in The Netherlands for the European premiere of the six African films, that were funded by project sponsors. “There is need to get a far more dynamic look at our continent, which is diverse and exciting,” Markovitz says.

In the film ‘The Homecoming’ we see the Kenyan capital Nairobi being taken over by aliens, with Max trying to rescue Alina, the girl-next-door, who he is secretly in love with. All six film makers, including  Jim Chuchu who directed The Homecoming, are present in Rotterdam. “We had a lot of freedom to make this film,” says director Jim Chuchu, asked why the line between Max’ imagination and realities in the film is extremely vague. Also The Line-Up, from Nigeria, has surrealistic scenes, which makes the viewer wonder whether the story is based on real events or not. Most enthusiastic response from the audience came for ‘The other woman,’ Marie Ka’s sensual film from Senegal which takes an unexpected twist. “The lives of women in my country are not often documented,” Ka explains. “I find it very important to do so.”

Nigerian ‘Nollywood’ movies are the continents’ most well-known films, but more artistic movies are harder to find. The African Metropolis series was sponsored by the German Goethe institute, the Hubert Bals fund and Nigerian Guranty Trust bank. The films are shown at international film festivals –Durban, Toronto , Dubai- but may attract smaller audiences at home. “I wonder if people would be willing to see my film in Nigeria,” says Folasakin Iwajomo after the screening. Among the audience in Rotterdam were also spectators who deemed some films ‘too artistic’ as they failed to see the story-line in them.

Steven Moloi, director of the well-received film Berea, sees African Metropolis as a good opportunity. “I don’t think there should be a format in which African stories have to be shown. Whether urban or rural, stories need to be told. I think it was very good to have this project and to have a budget for this series of films.” Berea tells the story of an old Jewish South African man, who lives isolated in a black community. “It is not yet common for black film makers to produce films from the white perspective,” Moloi explains.

Markovitz, a senior film producer who made the film Viva Riva in Congo in 2011, hopes a second round of African Metropolis films can be realised. “We’d love to, if anyone with money out there can come forward to finance it.”

The African Metropolis Project was sponsored by the Goethe Institut, the Nigerian Guaranty Trust Bank and the Dutch 'Hubert Bals Fonds’.

A new house for grandma

The elderly in Africa live sometimes under tough conditions or are being forgotten, Arne explains.

The trade of aid | Blog

The different ways of development aid in Africa