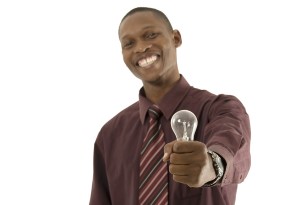 African Development Bank (AfDB) is planning to invest $12 billion in the next five years in development and distribution of energy across the continent.

Asoko Insight reports that details of the ambitious AfDB’s plan was have been were discussed with journalists by Audrey Rojkoff, operations coordinator of the Green Climate Fund in AfDB’s energy, environment and climate change department.

According to AfDB data, more than 640 million Africans still have no access to energy. Asoko reports that AfDB’s $12 billion projected expenditure on electricity provision for Africa could specifically benefit Nigeria, “as the nation desperately seeks capital to fund its domestic generation, transmission and distribution projects.”

Last month, Babatunde Fashola, Nigeria’s minister of power, was reported to have said there will be no new electricity projects in the country, insisting there were already so many projects awarded that are not being funded due to dearth of capital.

Technology plays an important role in Africa’s development. The origin of Africa’s tech movement can be traced back to Kenya.