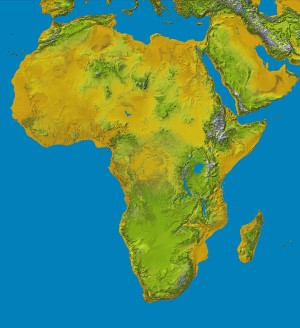 Africa will become the world’s second fastest growing region after Asia over the next five years. The continent’s household and business spending will reach €5 trillion by 2025. McKinsey & Company expects Africa’s manufacturing output to reach €84 billion.

According to New Africa Business News McKinsey categorises some countries as Stable Growers (Ethiopia, Kenya, and Côte d’Ivoire), Vulnerable Growers (Nigeria, Mozambique, and Angola), and Slow Growers (South Africa and Sudan). The overall outlook is positive: according to the report, Africa’s GDP is expanding faster than the world average, driven by surging business and consumer spending.

A new McKinsey report on the state of Africa's economy shows an overall positive outlook for growth. The continent has the fastest urbanisation rate.